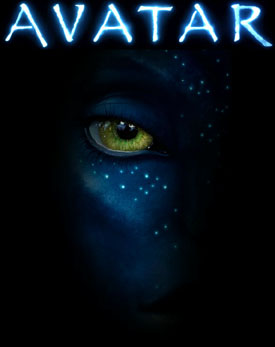 I'm sure this article will be met by the same people rehashing the same tired argument that any number that doesn't take into account inflation, escalating price of tickets, the expansion of movie theaters and/or the Louisiana Purchase isn't valid.

But this isn't Lost, reality is reality. And today there's a new box office champ in our reality and the title-holder is Avatar.

And since this post is mostly about numbers, here are a few more found on Box Office Mojo. Avatar has spent 7 weeks in the #1 slot at the box office, but it has a long way to go to beat E.T. The Extra-Terrestrial's record number of 16 weeks at #1 or even Titanic's top mark of 15 consecutive weeks at #1.

And let the guessing begin as to which movie will be Avatar's Lost in Space (the movie that finally knocked Titanic from the weekly #1 slot at the box office and about the only thing about that movie that has stood the test of time). If I had to wager a guess, at this point my money would be on Shutter Island which opens in theaters on February 19.

Of course, if Shutter Island fails to knock Avatar down to #2, then it will most assuredly happen two weeks later when Alice in Wonderland opens wide, and coincidentally takes over at IMAX theaters for Avatar.

The other number to ponder is when Avatar will finally fizzle out and whether it will be a quick burn out or a slow fade away. I'm predicting that it will actually be a quick retreat from the top 10 as the Summer blockbusters start to make the rounds. But where will that final number be?

We are into uncharted water, or space, here so really any number that I throw out is like tossing a dart at a board. After careful calculations and intense number-crunching, we simply pulled a number out of our ass and that number is $750 million.

What do you think?