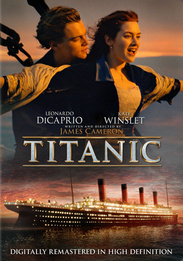 Two and a half miles beneath the waves of the North Atlantic, a mystery is unfolding. A secret love, bravery, treasure and treachery, hidden by time but never forgotten. A beautiful socialite. A penniless artist. A priceless diamond. A romance so passionate that nothing on earth could stop it. A destiny so incredible that no one could have imagined it. A collision of lives that could only happen on Titanic, the ship of dreams.