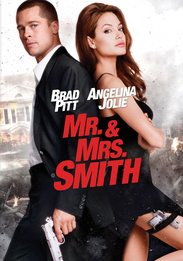 A married couple have the perfect boring life together, but each of them has a secret that they will kill to protect.

They are each a top-notch assassin working for rival companies who find that they were both hired for the same job. Now, their respective employers want the other one dead.