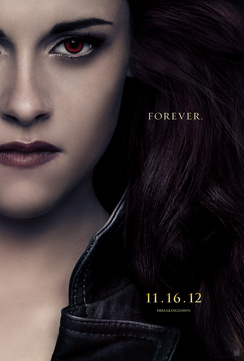 What's with every day having a special moniker these days? Can't we just call Friday, "Friday" and Monday, "Monday?" Of course not, we live in a society with so much noise that "Just Another Friday" is quickly lost in the drone, but "Black Friday" stands apart form the ordinary.

And we are hardly innocent ourselves with our Monday Morning Mixer. It's called marketing, a little hook to brand ourselves so that we too can stand out from the rest of the noise competing for your attention. I'm not really sure where I'm going with this, but I do know that I'm thankful this Monday following Thanksgiving that we don't send out any Cyber Monday emails.

I swear this year was by far the worst that it has ever been. I got emails from sites that I briefly visited a decade ago, or so it seems. While I appreciate their eagerness to make one more sale, I tend to be an impulsive buyer much to the chagrin of my lovely wife. So, I'm just as likely to buy on "Plain Old Tuesday" as I am on any other given day of the year.

I think I've babbled on for long enough. Please bear with me as I've been out on vacation since last Tuesday which means that there's plenty of stuff that I've missed, but also that I have to get back into the swing of things.

While you're waiting for the shopping cart to process on that other site, grab your cup of Joe and let's get mixing.

That's the one bad thing about going over to a relative's house to celebrate Thanksgiving, you usually miss out on the amazing leftovers. But fear not, if you were one of those that cracked open the fridge on Friday and found it bare, there were plenty of leftovers to be found at the box office.

If you missed Breaking Dawn - Part 2, Skyfall or Lincoln previously, there was probably a good chance that you saw it over the holiday weekend. The first two enjoyed very modest dropoffs, while Lincoln actually saw its weekend total increase by $4 million over the previous weekend.

It was a mixed bag for the new offerings as both Life of Pi ($22 million) and Red Dawn ($14.6 million) performed better than expected, while Rise of the Guardians ($24 million) failed to live up to high expectations. The $206 million weekend was a new Thanksgiving weekend record and further demonstrated the robustness of the box office despite not having a single movie earn more than $45 million.

I should also mention that Silver Linings Playbook expanded slightly to 367 screens and earned $4.6 million, or a $12,597 per screen average. As this delightful looking film continues its expansion, look for it to make a pretty big splash in December despite never reaching the top spot.

He's no longer a "Killer"

Last we saw Jack, he was a Giant Killer, but it seems that he's gotten a new title to go with a new trailer, Giant Slayer. While most of you will probably simply dismiss this move as one of semantics (and yes, it is), the slight title change is reflective of a huge shift in tone.

The first trailer was quite dark and edgy. I thought it was promising and looked to tell the fairy tale with a realistic edge more so than the whimsical flight of fancy that is usually reserved for the tale.

With the title change and the new trailer, the whimsy is back, but so too is plenty of special effects-fueled action. It remains to be seen how the final product will play out, but I was hoping more for the dark, serious angle, but instead it looks like the film makers have hedged their bet by adding in the requisite fantasy fluff.

I guess we won't know for sure until March 1, when Jack the Giant Slayer unspools in theaters, but it would appear that yet another promising, edgy film is going to be undone by the same old trite Hollywood machinations. Sigh.

No Luke, I'm Your Father

The prodigal Jedi returns. Well, at least that's the word from The Hollywood Reporter.

Last week, the industry paper reported that according to a source, Lawrence Kasdan has been inked to a deal to write either Episode VIII or Episode IX or both. They also reported that screenwriter Simon Kinberg was also brought on as part of the same deal.

For Star Wars fans, this represents a coup as they have long been waiting to see Kasdan back in the dewback saddle as it were. If you recall, Kasdan is the one who polished the script for The Empire Strikes Back and wrote the screenplay for Return of the Jedi.

In other words, he's Star Wars royalty and his involvement in the new trilogy can only bode well for the franchise. The story didn't know to what extent he would be involved and with what film, but one would have to think that his involvement would tend to foreshadow some darker tones than the prequel trilogy covered.

Kinberg is no slouch himself having written the scripts for Mr. and Mrs. Smith, Abraham Lincoln: Vampire Hunter and Sherlock Holmes among many others. Either way, it seems that darker times are indeed ahead and many more Daddy issues to work out as well.

I think that's where I'll leave you this week. I've got a bunch of stuff to catch up on, but don't worry. We'll be back next Monday with another MMM to whet your appetite for Decemeber.