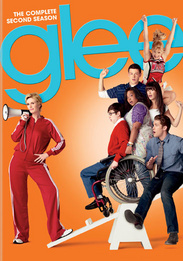 Despite their loss at the Regionals, the kids in New Directions are more motivated than ever. And whether it's Will doing a sexy tango with a substitute teacher (Gwyneth Paltrow), Sue joining the glee club, or everyone catching Bieber fever, the excitement at William McKinley High School is keeping everyone on their toes. With more incredible musical numbers, hugely popular guest stars like John Stamos, Carol Burnett and Kristin Chenowith and lots of behind-the-scenes special features, Glee Season 2 hits all the right notes.