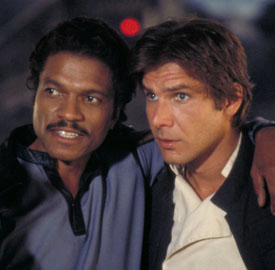 There are days and weekends where the news run like a leaky faucet and then there are others where it seems that not a single interesting thing happened. Thankfully, this weekend was one of the former ones.

It's not really surprising given that it was Golden Globes weekend which meant that most of Hollywood's biggest and brightest were confined to Southern California for the weekend. When that much star power is kept in proximity to one another, you know that something good is going to happen.

This year's Golden Globes did not disappoint and I will be posting a more thorough run-down of the results soon, but I will say that the surprising results make for a very interesting run-up to Thursday's Academy Award nominations.

Boyhood was the unquestioned winner of the Golden Globes, but given the wide open nature of this year's awards season, it's really anyone's race. But enough about that for now, shall we get to it?

It's not often that I resort to self(less?) promotion, but if you haven't read my take on 2015 yet, I highly recommend it (naturally) because we will use it to hold me accountable here all year. For instance, I backed up my belief about a slow start of the year by claiming that only one title would crack $100 million in each of January and February.

Thankfully, the one title in January that I thought would hit that benchmark was Taken 3 and it positioned itself tremendously with a great opening. Its $40.4 million opening was actually the second highest opening weekend ever for January, so it looks like 2015 is off to a pretty good start.

The opening is down a bit from Taken 2 which would seem to indicate that franchise is losing its steam. I guess it's good that this film is (supposedly) the last chapter in the Bryan Mills saga. Still, the film is on track to end up with $125 million and would be a very respectable swan song to the series that launched Liam Neeson in a whole different career arc.

Newcomer Selma opened in second place with $11.2 million, which is just about half of studio expectations heading into the weekend. But much like its protagonist Martin Luther King, Jr., I wouldn't count Selma out just yet. With the Oscar nominations set for Thursday and next Monday's Martin Luther King, Jr. holiday, it's quite possible that Selma will surpass its opening weekend numbers next weekend.

The film should also have long legs which will help it to stay around longer. I wouldn't be surprised to see the film "over perform" and turn in a final box office number around $45 million.

Paul Thomas Anderson's Inherent Vice was the only other newcomer to hit the box office charts, but it underperformed down in 11th place. The $2.9 million weekend is far short of predictions and unless it gets a bevy of Oscar nominations this week, it's a pretty good bet that Inherent Vice will be quickly forgotten.

Into the Woods and Unbroken shot past the $100 million mark and Night at the Museum: Secret of the Tomb finished just shy with earnings of $99.5 million so far.

I know it's early, but my MVP vote for the #GoldenGlobes is going to double-sided tape. -J

Good luck with that, today we got our first look at the film. Sisters looks funny enough.

Phew, now that is a mixer and a half. Until next time, Mix Well!