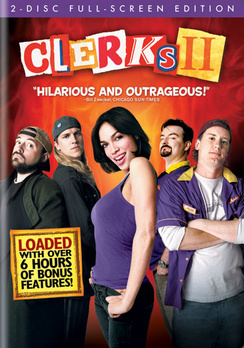 Is it just me or have we evolved into creatures dictated by seasons?

It's no longer just OK that it's November 3. It's now Christmas season. I was in a Walgreen's over the weekend and I was deeply saddened when I walked down their promotional aisle. You know the one. It's smack dab in the middle of the store and it's main purpose, besides guilting you into making terrible rash buying decision, is to remind you what season it is.

I was sad because one side of the aisle was a messy mishmash of discarded spider webs and pumpkin theme items while the other side was an impeccable display of wreaths and Santas. Somehow we were stuck in a limbo that mixed up Halloween and Christmas. Tim Burton would be pleased.

As I sat there with visions of Jack Skellington running through my head, I was left wondering what happened to Thanksgiving? You know, that holiday that usually falls smack dab in the middle between Halloween and Christmas? You know, the one where we are supposed to show thanks and gratitude for a year's worth of blessings by gorging ourselves with as much food as is humanly possible, and often more.

Well, the problem with Thanksgiving is that it's not commercial enough for Walgreens. No, Thanksgiving is the holiday for grocery stores and the Butterball factories. It doesn't really translate well into retail binging. But we can't let that middle aisle go without a theme, now can we?

It used to be that the Christmas season officially started on the Friday after Thanksgiving. The so-called "Black Friday" would have been better named "Red Friday" for all the jolly and holly about, or at least "Green Friday" for all the loot being spent. But these days, one month, or even two, aren't good enough. The Christmas season practically starts on January 2 and lasts for most of the year. Because, you know, we like to do things big.

So, I really shouldn't be surprised that as I skipped (who am I kidding, slowly trudged) through the local Walgreen's on November 1 that my soundtrack was being sung by the one and only Bing Crosby. He, of course, being the patron saint of Christmas music. And so, it begins, but first let's not forget the weekend that was.

It's a photo finish for the top spot at the box office between last week's Halloween-fueled spooker Ouija and this week's late-night challenger Nightcrawler. Both films reported weekend earnings of $10.9 million, but sources say that Nightcrawler earned an additional $9,000 giving it the victory. However, other sources have the numbers reversed and Ouija on top.

The bottom line is that we won't get any true resolution until the actual numbers are released later today. However the chips fall, it's all good for Ouija. The little horror film that could defied the odds and rode the wave of Halloween spooks and chills to a cool cume of $35 million thus far. Of course, now that we are in the Christmas season, the film will sink like a heavy stone in a lake.

I still think that it can make it to $50 million, but I just don't see it having enough steam to usurp Battleship's total box office tally of $65.2 million. That's too bad because that's a headline I wanted to put up on the board, "Ouija sank Universal's Battleship." Oh well, there's always the presumed sequel Ouija 2.

As for Nightcrawler, the Jake Gyllenhaal-starrer performed as well as could be expected for the odd little film that will most certainly win more critical acclaim than box office awards. It's a tough film to market given its unappetizing subject matter, but the performance turned in by Jake Gyllenhaal is being noticed in critical circles where the film has gotten glowing reviews.

Elsewhere in the box office report, Gone Girl and Fury rumbled on to their respective end points, $150 million and $75 million respectively. John Wick crashed and burned in its second weekend, falling all the way to sixth place with $8 million.

You can listen to the whole thing below.

I don't know about you, but the chance to see this odd couple is too good to pass up.

UPDATE: Seems like we'll have to keep waiting. Christian Bale has pulled out of the film. Come on man, I'm sure Seth Rogen would have shared his stash with you.

Well, that's about it from the chilly climes of the mid-South. Hopefully the weather warms up and the box office thaws this weekend. Something tells me that Matthew McConaughey will be the answer that we never knew we were looking for yet again.

Until next week, Mix Well!