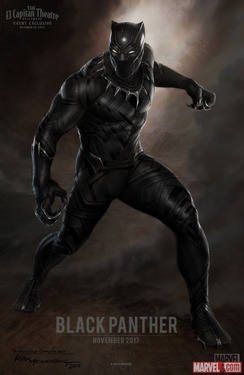 It's funny. Just last week, Tim and I were chatting on our podcast about that week's DC announcements and whether they were starting to take momentum away from Marvel. We also discussed the Avengers: Age of Ultron leak and how it would be possible for Marvel to swing the tide back in their favor.

Cue mysterious "Marvel Event" today and enter stage right, Marvel Studios President Kevin Feige. He did not waste any time and he certainly did not bury the lead. Obviously, 2015 will see the Marvel films Avengers: Age of Ultron and Ant-Man hit the big screen, but beyond that all we knew for sure was that Marvel had staked claim to a bunch of dates in the future.

Well, today the haze cleared on those dates and the revelations were truly awe inspiring.

Marvel plans to release two films in 2016, three films in both 2017 and 2018, and finally one film (thus far) in 2019. That's right, Marvel is ambitiously releasing a whopping nine films during phase three of the Marvel Cinematic Universe (MCU).

The much ballyhooed in recent days film Doctor Strange will open on November 4, 2016, despite not having their titular lead secured. Joaquin Phoenix was the leading contender for much of the Summer but negotiations broke down and the scuttlebutt yesterday was that Benedict Cumberbatch had landed the coveted role.

However, while the smart money is still on Cumberbatch to play Doctor Strange, Feige did mention that if that role had been nailed down, then he would have definitely announced it today. In other words, anything can and probably will happen.

Guardians of the Galaxy 2, which was long rumored for the July 2017 date earns a call-up to the primo May 5, 2017 release date. The full cast is expected to return, but Marvel hasn't officially confirmed anyone besides Chris Pratt.

Thor returns in Thor: Ragnarok on July 28, 2017. We know for sure that Tom Hiddleston will return in a much bigger role than the last Thor film and as the title suggests Thor will do battle against his cyborg clone. I wonder if Natalie Portman will return and if there will be a love triangle between Thor herself and Ragnarok?

The year 2017 ends with a new character getting his solo film in Black Panther. Promising newcomer Chadwick Boseman continues his string of smash hit roles by playing the Black Panther. While Samuel L. Jackson's Nick Fury has appeared in almost every single one of the MCU films, this will be the first Marvel film to be headlined by a minority superhero. You can check out production concept art of Black Panther by Ryan Meinerding up above. This art was handed out as a commemorative poster for the Marvel event.

Speaking of new characters, Captain Marvel, the Carol Danvers version, will soar into the MCU on July 6, 2018. This will also mark the first time that a female superhero takes center stage in a marvel film. On November 2, 2018, Inhumans will blast onto the screen and they look to push out the limits of the MCU even further.

Phew, that's nine films in the next five years. So, what are you most excited about and looking forward to see? And do you think this announcement trumps the one from DC/Warner Bros. last week?