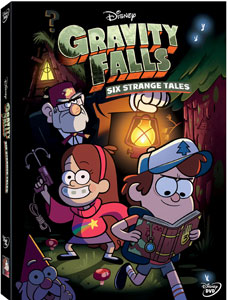 With a pre-teen daughter in my midst, I have to endure a lot of the Disney Channel. And by "a lot" I mean A LOT.

And when I say "endure", I do mean endure. Disney's live-action programming leaves a lot to be desired. (OK, I'll give you Good Luck Charlie. That one is tolerable.) On the other hand, the animated shows on the channel are pretty great. I've already shared my thoughts on Phineas and Ferb.

The other big Disney cartoon original is Gravity Falls. As good as Phineas and Ferb is, Gravity Falls is about 10 times better. The show recently got its first DVD release with six episodes. Appropriately enough, it's titled Gravity Falls: Six Strange Tales.

Gravity Falls is the story of a young brother and sister named Dipper and Mabel. They are sent to spend the summer with their Great Uncle Stan (a.k.a. "Grunkle Stan") in mysterious Gravity Falls, Oregon. When I say "mysterious" I mean bizarre, fantastic, spooky, supernatural, and magical. Simply put, it's like a comedy version of Supernatural for kids. Intriguing, right?

Stan owns a tourist trap named The Mystery Shack. It's like one of those Ripley's Believe It Or Not museums you run into across the country. As faux mysterious as Stan's establishment is, the rest of Gravity Falls is full of intrigue.

The show was created by Alex Hirsch who also provides the voices of Stan and Mystery Shack employee Soos. Jason Ritter and Kristen Schaal provide the voices of Dipper and Mabel. Dipper is easy to identify with, both from an adult and kid perspective. Mabel is one of the sillest, most hilarious characters on TV. She often steals the show.

Hirsch grew up a fan of The Simpsons and that legendary show's influence on Gravity Falls is unmistakeable. The sense of humor is very similar. Also, the broad cast of recurring characters in Gravity Falls is just like Springfield.

The mystery element is unique to Hirsch's creation. He's overloaded the show with puzzles, unsolved story lines, recurring jokes, and season-arcing mysteries. The shows are so packed that I wish there were commentaries from him on this disc. It certainly would provide some amazing insight.

Another great element of the show is its semi-episodic nature. Things happen in one episode that may or may not be revisited in a later show. Thankfully this disc contains the first six episodes chronologically as they originally aired on TV. The first, pilot episode ("Tourist Trapped") establishes the characters and sets the hilarious tone for the show.

The humor of this show can't be praised enough. It's one of the funniest shows on TV. Not only that but it's got a big heart. The love and loyalty between fraternal twins Dipper and Mabel is a common thread amongst the episodes. It isn't overwhelming and cheesy. In fact, it's subtle enough that kids may not be immediately conscious of it. It's most certainly there and, as a parent, I really appreciate it.

I wish Disney would've considered a full-season set. These six episodes don't satisfy like all 20 episodes from season one would. They only tease you with the show's greatness. Oh, and the episodes only get better after these six. 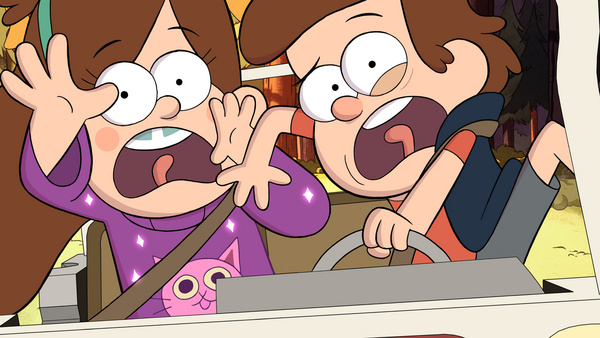 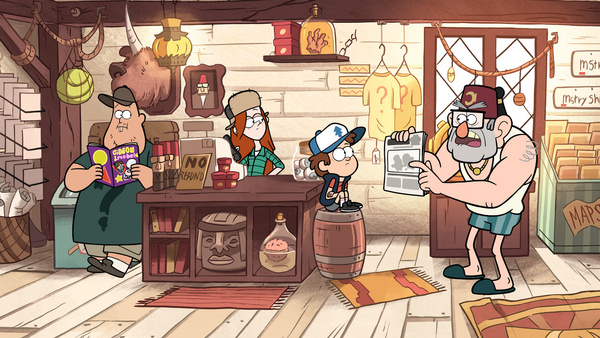 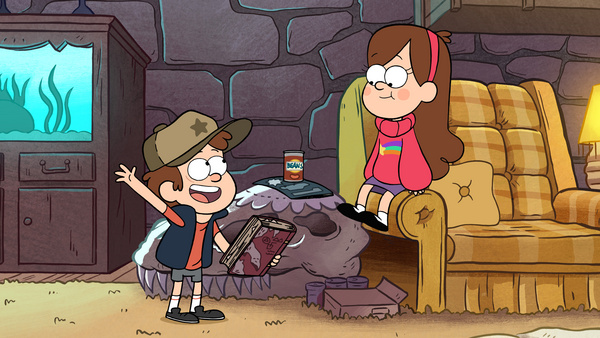