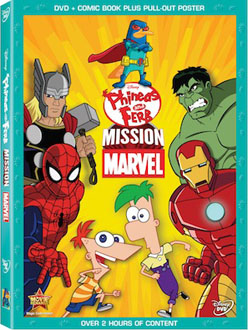 Back in 2009 when Disney acquired the Marvel Comics, everyone feared that Mickey Mouse would soon be cavorting with Captain America, Fantastic Four, and the rest of Marvel's famous superheroes. Four years into the Disney/Marvel marriage we finally have our first crossover.

Mickey Mouse is thankfully no where in sight. Instead, Disney Channel favorites Phineas and Ferb get the first chance to share the screen with Marvel's super guys in tights. Phineas and Ferb: Mission Marvel was recently released on DVD. The disc contains the giant-sized episode along with six bonus adventures from the animated step brothers. Also included in the package are a small comic book and pull-out poster.

Mission Marvel is laugh-out-laud funny. Even if you're only a casual comics fan, you'll easily pick up on the humor. Phineas and Ferb's inept evil genius Dr. Doofenshmirtz accidentally zaps the powers from Hulk, Thor, Iron Man, and Spider-Man. That endears him to a quartet of Marvel evil-doers: Red Skull, Whiplash, Venom, and M.O.D.O.K. Together they look to wipe out Danville and the entire tri-state area.

The heroes seek out Phineas and Ferb for help. At the same time Nick Fury and S.H.I.E.L.D. call upon Danville's Agent P (a.k.a. mild-mannered Perry the Platypus). Enterprising inventors Phineas and Ferb have their own backyard secret headquarters named S.H.E.D. That's the kind of silly humor you can expect in this adventure.

It's perfect for kids and adults. There are also fun jokes for just us geeks. Place close attention for a nod to Doctor Who by British boy Ferb. The simple fact of including outlandish villain M.O.D.O.K. should make my fellow comic fanboys happy.

If you wince at the thought of poking fun at Marvel's sacred superheroes, you shouldn't. Marvel themselves have been doing it for decades. Featuring contributions by famed creators Stan Lee and Jack Kirby, Not Brand Echh was a late '60s Marvel comic series that proved they could laugh at themselves.

Stan Lee, the alliteration fan himself, is present in Mission Marvel. His animated appearance and voice show up a few times peddling hot dogs. It's clearly a nod to the many live-action cameos made by Lee in the Marvel movie adaptations.

The only downside to this DVD release is the lack of commentary from the show's creators. I'd love to hear them explain the genesis of this project and point out more of those subtle comic book references.

Phineas and Ferb are one of the few Disney television gems with multi-generation appeal. The conglomerate made a wise choice in using it to pioneer a Marvel/Disney crossover. Now we have to sit back and wait for Phineas and Ferb's crossover with another new Disney acquisition, Star Wars. We can look forward to that in Summer 2014. 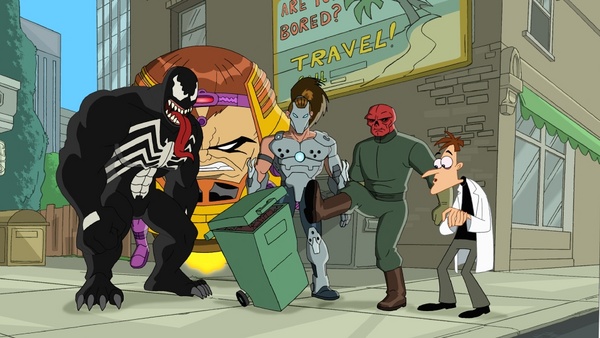 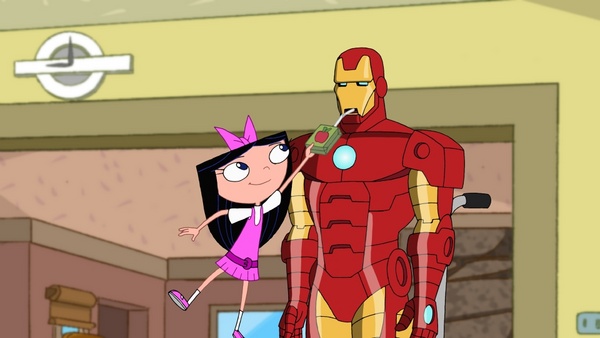 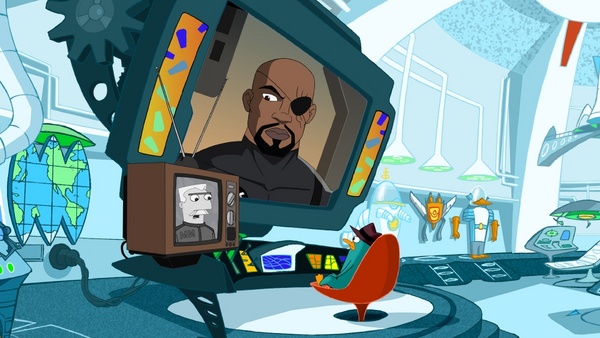