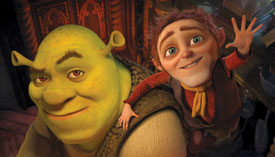 If there's one thing that I learned today in my Universal meeting. It's never say never, especially when it comes to sequels. If you want more Fast & Furious, Nutty Professor, Mamma Mia! or American Pie, then you're in luck.

So, it's with a bit a trepidation that I pass along the following bit of information. According to the poster and trailer released today for Shrek Forever After, this is going to be "The Final Chapter."

Again, I'll believe it when I see it, but in the meantime, I will share with you my thoughts on the poster and trailer (both seen below) or in full high def over at Apple.com.

Now don't get me wrong, I'm a big fan of the first three movies in the series, but like any good franchise, there's the inevitable suckage factor that will seep in as the number after the title increases. So, I went into this trailer with a healthy dose of skepticism and I'd say that it didn't really move me either way.

The driving force of all the previous Shrek movies has been the titular character's handling of various "fish out of water" situations and it would appear that this winning combination is back as the story revolves around everyone in Far, Far Away losing all their memory of Shrek. Again, the proof is in the pudding and for me, the trailer didn't sell me one way or the other. 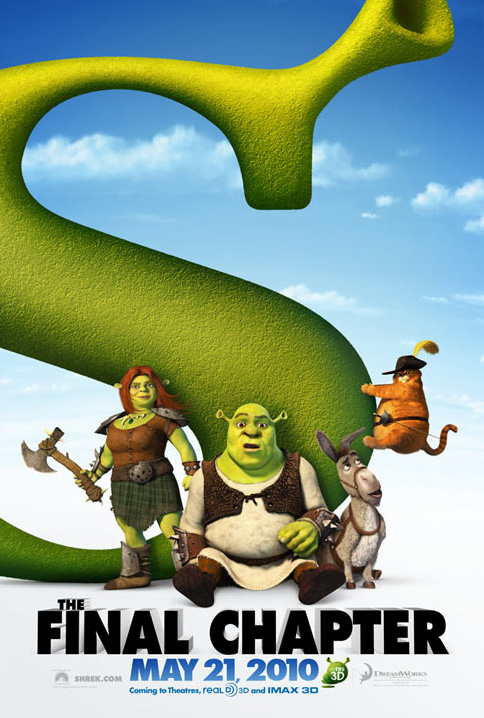 What did you think? Shrek Forever After hits theaters on May 21, 2010.