North and South: The Complete Collection 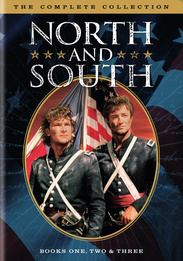 This Emmy Award-winning powerful adaptation of John Jakes' best-seller tells the story of the turbulent events and emotions that ignited the Civil War. In the tradition of Gone With The Wind, this glorious epic focuses on the lives of two families who are geographically and ideologically placed on opposite sides of the war - The North and The South. The saga follows the families through their changing fortunes at home and the harsh realities of the battlefields until the South surrenders and the families are reunited in friendship. In the final installment, the story of the two families continues through Post-Civil War Reconstruction into pioneer Indian territories.