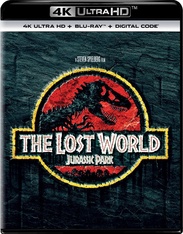 Summoned to tycoon John Hammond's home, mathematician and Jurassic Park survivor, Ian Malcolm discovers that another island full of genetically engineered dinosaurs exists. Furthermore, Ian learns that Hammond's nephew, has taken over InGen, Hammond's company and plans to export the dinosaurs back to the mainland. Worse yet, he learns that his girlfriend is already on the island studying the creatures. Reluctant to go if not for his girlfriend, Ian heads to the island with his crew. Arriving on the island, they find it to be rather peaceful, until a set of T-Rex parents get mad at the group for interacting with their newborn. The two crews now have to think of a survival plan and a way to get things back in control, especially since the T-Rex is on the loose in San Diego.