I Used to Go Here 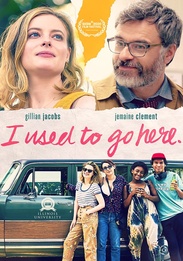 I Used To Go Here follows Kate (Gillian Jacobs), a mid-30s writer recently after releasing her novel. The release should have been a milestone moment, but the novel is underperforming and her tour has since been canceled. With friends around her excelling at adulthood normalcies like marriages and growing families, Kate jumps at the chance of a speaking engagement at her alma mater after an invitation from her former professor, David (Jemain Clement). While back at college, Kate finds herself deeply enmeshed in the lives of an eccentric group of college students. I Used To Go Here stars Gillian Jacobs, Jemaine Clement, Hannah Marks, Kate Micucci, Jorma Taccone, Josh Wiggins, and Forrest Goodluck.