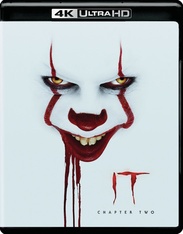 Evil resurfaces in Derry as director Andy Muschietti reunites the Losers Clubâyoung and adultâin a return to where it all began with âIt Chapter Two.â

Because every 27 years evil revisits the town of Derry, Maine, âIt Chapter Twoâ brings the charactersâwhoâve long since gone their separate waysâback together as adults, nearly three decades after the events of the first film.