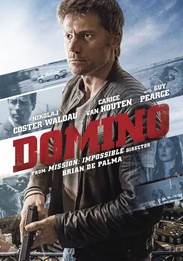 A Copenhagen police officer, Christian (Nikolaj Coster-Waldau), seeks justice for his partnerâs murder by ISIS member Imran. In a world wracked by terror and suspicion, Christian and Alex (Carice van Houten), a fellow cop and his late partnerâs mistress, embark on a mission to hunt Imran down, but are unwittingly caught in a cat-and-mouse chase with a duplicitous CIA agent (Guy Pearce) who is using Imran as a pawn to trap other ISIS members. Soon Christian and Alex are racing against the clock â not only seeking revenge, but to save their own lives.

Rated R for strong violence, some language and brief nudity.