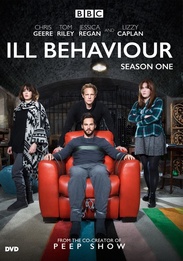 Thirty-something friends Joel, Charlie and Tess are having a tough time. Joel is recently divorced and now has the hots for doctor Nadia, a raging alcoholic. Tess has quit her job. And Charlie -- well, Charlie has cancer. Charlie wants to treat the cancer naturally (it's curable if caught in time) but Joel is convinced this is suicide. There's only one thing for it: kidnapping. Joel and Tess bundle off Charlie to a secret country house and, with Nadia's "help," begin a course of chemotherapy with Charlie tied to a chair. Tempers flare, temperatures rise, copious amounts of alcohol are consumed and crossbows are brandished. Friends turn into enemies, enemies turn into lovers and life-long friendships bend, stretch -- and shatter.