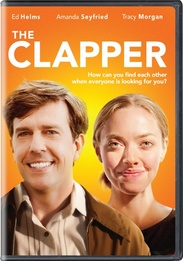 Eddie Krumble (Ed Helms) moves to Los Angeles looking for a fresh start and becomes a professional paid audience member for infomercials and other live studio tapings, with his best friend Chris (Tracy Morgan) at his side. After a lifetime of drawing the short straw, Eddie seems to have finally caught a break as he forms a bond with winsome gas station attendant, Judy (Amanda Seyfried). But when Eddie's many disguises and telegenic enthusiasm catch the eye of a notorious late night talk show host and his producer (Adam Levine), they turn Eddie's life into the newest national obsession, threatening his budding romance.

Rated R for language and some sexual references.