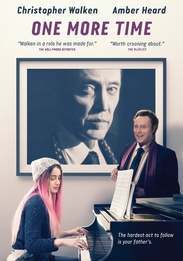 Rattling around in his mansion in the Hamptons, faded Sinatra-esque crooner and notorious ladiesâ man Paul Lombard (Christopher Walken) stews over the acclaim that eluded him in his career and the trail of romantic wreckage he left in his wake. Matters are complicated when his punk rocker daughter Jude (Amber Heard) arrives in need of a place to stay and burdened with problems of her own....including a rivalry with her overachieving sister, her own ruinous love life, and above all, a fraught relationship with her famous father.