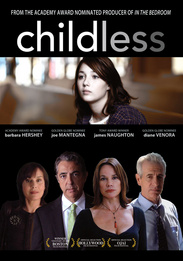 The sudden passing of a teenage girl unsettles the four adults in her life. Jarred by this glimpse of mortality, they struggle to understand  or justify  the current state of their own lives. As each gets ready for the funeral, they speak their private thoughts directly to the camera, leaving it up to the viewer to make sense of these off-kilter, self-serving, yet frequently humorous accounts of the family story. By the end of the day, more than a teenager has been put to rest.