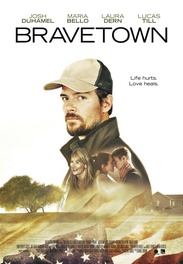 Josh Harvest, a hardened New York City teen from a broken home - and quietly one of the country's top dance club DJs and remixers - is sentenced to counseling for a minor drug infraction, along with an extended stay with his estranged father, who lives in a small town in North Dakota. He is slow to warm to his new environment, a town best-known for sending its young off to war, many of whom never return. But when Josh is asked to help out the last-place dance team as they vie for the state competition title, his rough exterior begins to soften. As his relationships emerge with both the team's captain, Mary, and his therapist, each of whom have lost someone special to war, it forces all three to begin to face and heal their pasts.

Rated R for some language, drug use and brief sexuality.