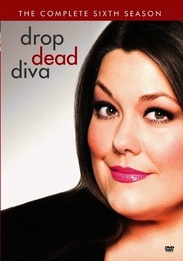 All will finally be revealed as the gang gets back together for one last season in Lifetime's critically acclaimed series DROP DEAD DIVA. Brooke Elliott (What Women Want) stars as Jane, a brilliant plus-sized attorney whose body is taken over by a shallow model's soul. As she takes on difficult and unusual cases, she also tries to resolve her relationship with Grayson (Jackson Hurst, Cleaner). Will the two finally find true love? Featuring a talented cast, including Margaret Cho (Face/Off), the final season of DROP DEAD DIVA is not to be missed!