Back in the Game: The Complete First Season 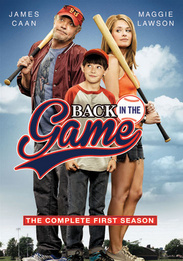 Terry Gannon Jr. (Maggie Lawson), an All Star softball player until life threw her a couple curve balls, and her son Danny (Griffin Gluck) move in with her estranged father, Terry Sr. aka 'The Cannon' (James Caan), an opinionated, beer-guzzling, ex-athlete. Danny wants to play Little League, but when he and a group of other athletically-challenged hopefuls fail to make the team, Terry and a friend start a new team for the rejects, with Terry as their coach.