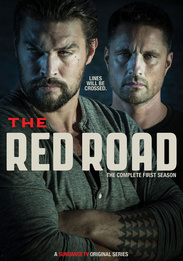 "The Red Road" is a hard-hitting drama that revolves around a local cop (Martin Henderson of Devil's Knot and The Ring) struggling to keep his family together while simultaneously policing two clashing communities: the small town where he grew up and the neighboring mountains, home of a Native American tribe. After a terrible tragedy and coverup occurs involving the cop's wife (Julianne Nicholson of August: Osage County and "Boardwalk Empire"), an unholy alliance is forged between the cop and Phillip Kopus (Jason Momoa of Wolves and "Game of Thrones"), a dangerous member of the tribe that will come back to haunt all involved.