Orange Is the New Black: Season One 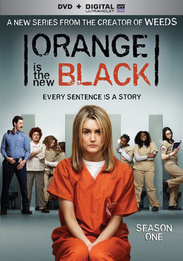 From the creator of "Weeds" comes a heartbreaking and hilarious new series set in a womens prison. Based on Piper Kermans acclaimed memoir, "Orange Is the New Black" follows engaged Brooklynite Piper Chapman, whose wild past comes back to haunt her and results in her arrest and detention in a federal penitentiary. To pay her debt to society, Piper trades her comfortable New York life for an orange prison jumpsuit and finds unexpected conflict and camaraderie amidst an eccentric group of inmates.