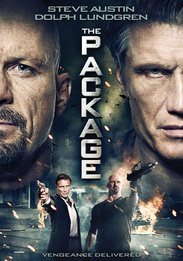 Steve Austin and Dolph Lundgren star in the bone-crunching action flick that delivers the goods: Austin is combat veteran Tommy Wick, a nightclub bouncer and stone-cold enforcer for a Seattle mob boss. Lundgren is âThe German,â an international crime lord and hardcore killing machine. But when Wick is asked to courier a mysterious package to The German, heâll suddenly find himself hunted by relentless teams of hit men, mercenaries, assassins and sadists. Time is running out. The bodies are piling up. And for two very pissed-off men with a history of bad blood, the ultimate retaliation is about to be ripped wide open.

Rated R for strong violence throughout.