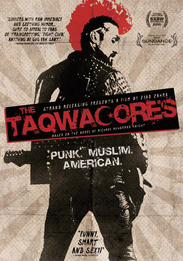 Yusef is a first-generation Pakistani-American engineering student who moves off-campus with a group of Muslim punk rockers in Buffalo, New York. His new "un-orthodox" housemates soon introduce him to Taqwacore  a hardcore, Muslim punk rock scene. As the seasons change, Taqwacore influences the house more and more. The living room becomes a mosque during the day, while it continues to host punk shows at night. Ultimately, Yusef begins to challenge his own faith and ideologies. A powerful and original story of punk Islam in the USA and the discovery of oneself within the confines of religion.