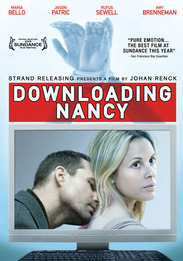 When Albert Stockwell (Rufus Sewell) comes home from work one day he finds a note from his wife of 15 years, Nancy (Maria Bello), saying she has gone to see friends. After waiting several days, Albert realizes that his wife is missing. Nancy has met her salvation on the Internet in the form of Louis Farley (Jason Patric). Nancy and Louis, both wounded souls, take comfort in one another through e-mail, pictures, and promises of perverse sexual encounters. Nancy has finally found the one and only thing that can liberate her from the pain in her life. While she pursues the freedom that she feels will only come with ultimate liberation, Albert is left to put the pieces together and try to salvage what is left.