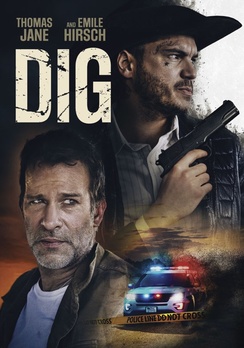 They say that nepotism is dead, but you only have to take one look at Hollywood to realize that's not entirely true. Hollywood has long been known to foster relationships with families that spawn multiple generations.

For the most part, these relationships result in wonderful performances from actors and actresses who have been in the business their whole lives and know what to expect. Well, it seems that we have another generation of Hollywood kids beginning to take after their parents and we couldn't be more excited.

Maya Hawke is turning heads for her performance in Stranger Things and she's the spitting image of her famous parents. It's impossible not to see Uma or Ethan when watching her and yet, she also brings a considerable presence that is all her own.

Likewise, I had truly forgotten that Thomas Jane and Patricia Arquette were romantically-linked for a hot minute. More importantly, I had no clue that they had a daughter together with the tongue twister name of Harlow Olivia Calliope Jane.

Well, she apparently goes by Harlow Jane now and she makes her big screen debut alongside her father in Dig.

Scott Brennan is trying to piece together a life shattered by a road rage incident that killed his wife and left his teen daughter Jane deaf and resentful of him. Still hoping to mend things with Jane a year later, Brennan accepts a contract for a high-paying demolition job in the desolate New Mexico sprawl outside Las Cruces. When he and Jane arrive at the site, they are suddenly taken hostage by a dangerous couple, who will stop at nothing to retrieve what lies beneath the property. Now father and daughter must work together to outsmart their captors and survive the grueling night.

There are certainly things about Dig that works, mainly the father-daughter stuff between Jane and his real-life daughter Harlow. But the majority of the film goes off the tracks with a storyline that really stretches the realm of suspension of disbelief.

I think the biggest problem of the film is the dichotomy between the grounded relationship between the Janes and the crazy Natural Born Killers saga going on with the antagonists played by Emile Hirsch and Liana Liberato. Separately, they are fine, but together, they are almost cardboard cutouts of every sick crime loving couple ever put on the silver screen.

I've really come to enjoy Hirsch's work over the years as he continues to build an eccentric filmography that rivals some of the best of his peers. But he's just too much in Dig. It's as if he and Liberato are having a contest to see who can be more annoying.

Spoiler Alert: It's a tie.

Played against the earnest performances from the Janes, it just creates a disjointed narrative that fails to deliver what the filmmakers intended. Instead, we are left with a comical caricature that leaves little doubt where the film is going and how we are supposed to feel about that.

In the end, there is enough brilliance from the Janes to merit a watch, but only if you go into with ultra low expectations. To butcher a quote from Tropic Thunder, "You never go full crazy." Well, Emile Hirsch and Liana Liberato went full crazy and it explains so much.

Your mileage may vary, but I found both the opening and final act to be enjoyable with a whole lot of clichÃ©s stuck in the middle. I was intrigued enough by the Janes' performances to want to see what comes next for the talented younger Jane. It's not easy to play a deaf almost mute in a film and Harlow really does knock it out of the park.

I have a feeling that Dig will be one of those early films from Harlow's resumÃ© that we are discussing in years to come as her star continues to shine brighter and brighter. All in all, it's a serviceable thriller, but one that will probably leave your mind as soon as the credits roll.

Dig is now available on Blu-ray and DVD.