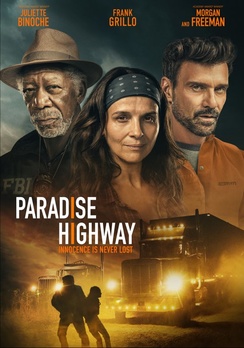 If you've ever been on a road trip for any extended period of time, then you know how ubiquitous semi-trucks are on America's roadways. They are a vital cog in our economy, moving goods from point A to point B and insuring that business continues to run smoothly.

While they are everywhere, we rarely spend much time thinking about what each individual truck is carrying. Sure, there are might some obvious clues such as Amazon's smiling logo or the stench from a hog hauler (that's a real thing and if you've smelled one, you know it), but most time these anonymous trucks zoom past us and we don't give them a second thought.

Unfortunately, these trucks sometimes contain horrible secrets that we don't really talk about. We have all heard about human trafficking, but sadly we haven't really taken a moment to realize just what is driving this illegal profession.

The opportunity is where semi-trucks come in as their very nature lends them to be a major player in human trafficking. We never give a second thought to what they might be carrying as cargo, but perhaps we should.

Academy Award winners Juliette Binoche and Morgan Freeman lead this riveting thriller set in the trucking industry and its seamy underbelly of human trafficking. To save the life of her brother (Frank Grillo), Sally (Binoche), a truck driver, reluctantly agrees to smuggle illicit cargo: a girl named Leila (Hala Finley). As Sally and Leila begin a danger-fraught journey across state lines, a dogged FBI operative (Freeman) sets out on their trail, determined to do whatever it takes to terminate a human-trafficking operation â and bring Sally and Leila to safety.

If you're scratching your heads wondering if you've already seen this film, you're probably thinking of Priceless, a recent film treading similar territory and starring one of lead dudes from King & Country. While Priceless is based on true events and carries a not-so-hidden message of faith and spirituality, Paradise Highway is purely fictional led by two wonderful performances from Juliette Binoche and Morgan Freeman.

Any review worth its salt is going to start with Juliette and Morgan and rightfully so. I am not going to buck that trend here as both actors bring their A-game to this project and the film is all the better for it.

It would be easy to dismiss this film as exploitative or pandering to a certain crowd, but these two performers truly transcend the written word on the page to turn in two memorable performances. While we have seen Morgan Freeman chew up plenty of scenery in a law enforcement role before, I can't quite recall ever seeing Juliette Binoche as a redneck truck driver.

She is so cast against type that I had to keep reminding myself that it was truly Juliette Binoche in this role. That's both a testament to the actor and a nod to the script that allowed her to truly lose herself in this role. A lesser actress wouldn't have been able to capture Sally's humanity in a way that would allow the audience to both despise and pity her at the same time.

Over the course of the film, Juliette's choices allow us to appreciate the parallels between her life's journey and that of little Leila. While they are both somewhat trapped by the circumstances of their life choices, they each are able to reach up and take control of their journey and affect the change that is rarely seen in real life.

As for Freeman, he's no stranger to law enforcement roles, but he actually makes a subtle choice here that makes this one stand out. In many of his other cop performances, Morgan (and the story) is consumed with bringing the perpetrators to justice. They practically ignore the impact on the victims and their families in favor of their pursuit of the bad guys.

In Paradise Highway, Gerick's driving focus is the little girl and the rest is secondary. It leads to a rather odd and interesting choice at the end, but that's where the fictional aspect of this story comes in. Whether you agree with his decision at that moment isn't really that important, the fact that he is allowing himself to make it in the current political landscape is significant enough.

There are some twists and turns that I won't spoil for anyone, but there's enough intrigue along the way to keep the audience entertained for the entire two hours. While your mileage may vary, I found Paradise Highway to be a socially important film on a very scary real-life problem that plagues our highways and byways every day.

Paradise Highway is now available on Blu-ray and DVD.