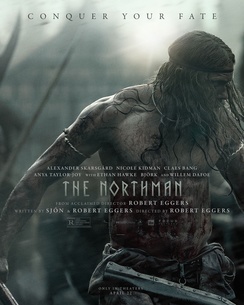 This review could be simply a Robert Eggers lover letter and it will accomplish the same feat.

Don't get me wrong, The Northman is fantastic and you should definitely check it out, but it's more than a single film. Eggers exploded onto the scene with The Witch and basically introduced the world to Anya Taylor-Joy (THANK YOU!). From there, he brought the atmospheric The Lighthouse to life which is a film that would make Alfred Hitchcock jealous.

Robert Eggers is a young filmmaker that is expanding on the playbook blazed by pioneers such as Guillermo del Toro and Robert Rodriguez by putting his stamp on the horror/psychological terror genre. He along with Mike Flanagan, Ari Aster and Jordan Peele are leading a new resurgence in horror and as a longtime horror fanatic, I'm just hanging on for the ride.

The Northman is a slight departure from Eggers' first two films where isolation plays such a major influence on the terror, but don't let that fool you. This film has all of the atmosphere and style that we've come to expect from Eggers, just with a much larger budget.

When budgets start to rise, there seems to be a tendency for filmmakers to appease their studio financiers, but you won't get any of that with Eggers. No, I think he is able to bring his signature style to the work and so far that has paid off in spades.

From visionary director Robert Eggers comes THE NORTHMAN, an action-filled epic that follows a young Viking prince on his quest to avenge his father's murder.

Given the film's subject matter, a lazy review might point out that this is just another take in a long list of Hamlet knockoffs, but they would be wrong. Eggers has gone back to the original Scandanavian legend of Amleth and simply tweaked it to fit a Viking setting.

Sure, Hamlet itself is based on Amleth, so the whole concept of the main character's uncle killing his father and marrying his mother, thus setting off a rampage of revenge might be familiar, but that's where the parallels end. The Northman embraces the brutality inherent in the Viking culture and brings it to the big screen with unflinching clarity.

Alexander Skarsgard is simply brilliant in the lead role of Amleth. He's shown a certain psychotic disposition that mirrors a young (and long-time Eggers co-conspirator) Willem Dafoe. The fact that Dafoe plays a small part in the movie only drives home how similar these two actors are in their ability to play crazy, laser-focused madmen capable of just about anything.

About the only thing a bit unsettling about Skarsgard's performance is the Oedipal hints that some viewers might experience if they've seen Skarsgard and Nicole Kidman play husband and wife in Big Little Lies. There are only 10 years of difference between the pair and they do make for quite an attractive couple, even if it was a bit too explosive in Big Little Lies.

The biggest singular trademark of a Robert Eggers film is the breath-taking scenery and visuals. Even in the black and white The Lighthouse, his signature visuals shine through. Here, they are on full display thanks to filming mostly in Northern Ireland and Iceland.

There are just certain places on Earth where you feel more connected to the planet and they are as iconic as the characters themselves. Whether it's the glacier in Iceland or the rocky coasts of Northern Ireland, these places evoke a certain mystique that helps not only to set the place of the film, but also the tone.

It's just easier to create something so atmospheric here and it comes through brilliantly on the 4K UHD transfer. While some people might claim to not see a difference between Blu-ray and 4K, show them The Northman and they will be hard-pressed to make that argument here. It's night and day between the two and I'm only thankful that I got to review the 4K UHD version with the Dolby Vision transfer along with the Dolby Atmos audio track.

I will conclude by saying that if you have any interest in the business of making a film, the extras alone are worth the price of the 4K UHD. The included features equate to a veritable treasure chest of valuable insight into Eggers' process.

The Northman is now available on 4K UHD, Blu-ray and DVD. 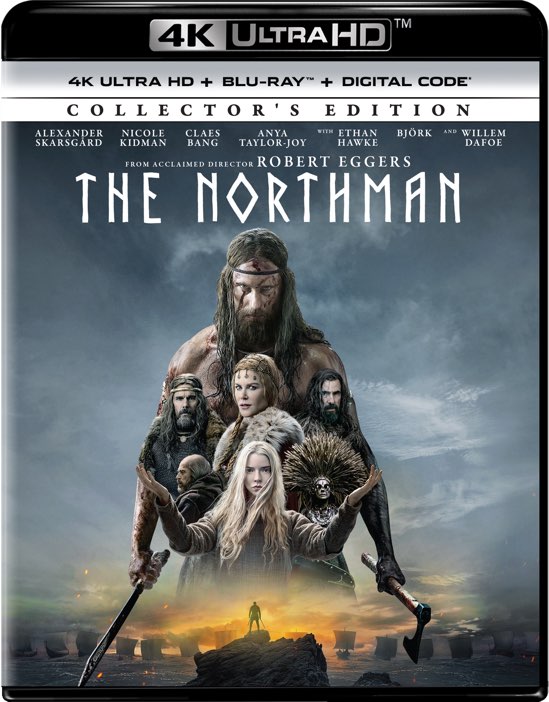 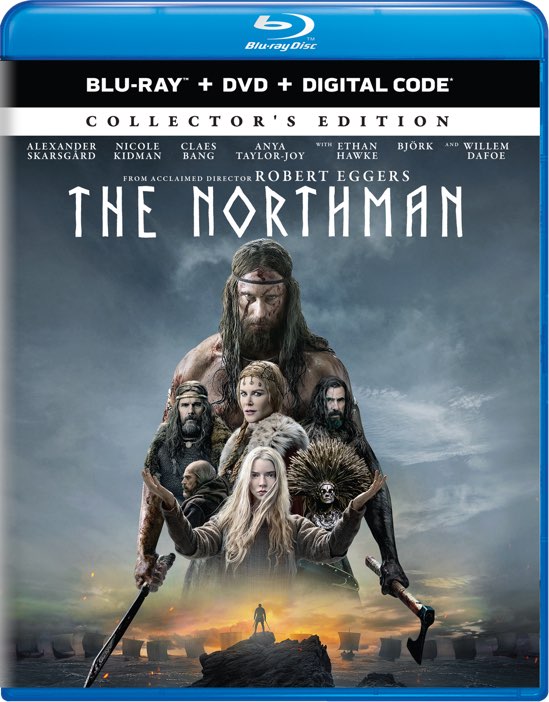 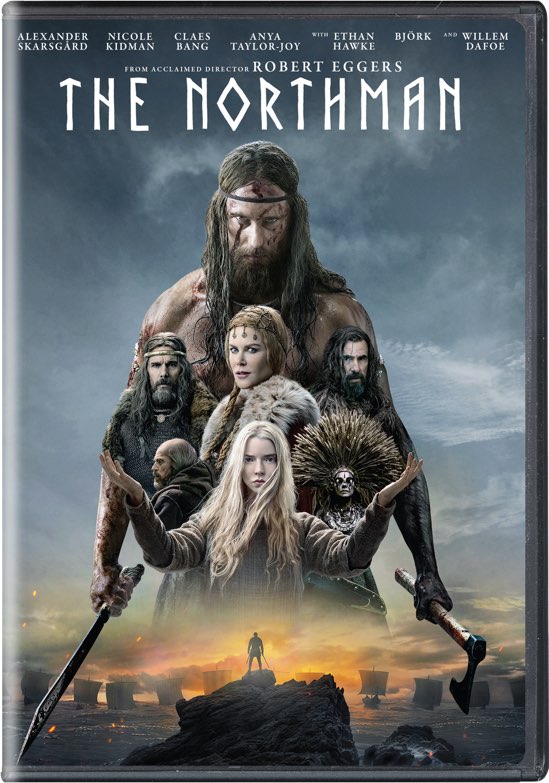