Review: 'Here are the Young Men' is a bumpy mind trip 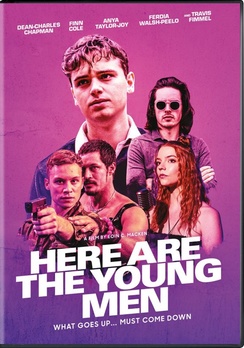 If Trainspotting and A Clockwork Orange had a child and that child grew up to loathe and despise its forebears, then you would have Here are the Young Men.

Several days after viewing this film, I'm still undecided about how I feel about it. But, I have to get my thoughts out, and maybe by the end, we can come to some sort of conclusion together.

So, is it dated? Or perhaps sentimental? I guess it depends on your perspective. Writer-director Eoin Macken is certainly hoping that you are bringing your own drug-addled youthful exploits to the viewing, but I wonder if it's enough?

Based on the acclaimed novel from Rob Doyle, Here are the Young Men follows three buddies who find themselves at a crossroads after graduation and just want one last summer to party like there's no tomorrow. After witnessing a tragic event, an existential crisis is ignited in each of the three boys forcing them to confront their own inner demons.

While the choice to set the movie in 2003 is an obvious nod to the book and its set timeframe, I really didn't see an advantage to keeping it to the constraints of the book. I know that Ireland is very Catholic and their religious beliefs seep into their very existence, but many of the film's more savage sequences would almost always be better set in the present.

For instance, the boys' warped sense of sex and the intermingling of it with violence would almost be more enhanced set in a world where the most demeaning aspect of pornography has been at anyone's fingertips on the Internet for at least the last decade. The vilest and creative acts imaginable are only a few keystrokes away right now, but perhaps there's a certain ignorance to their behavior in 2003 that wouldn't fly in today's "Me Too" atmosphere.

Regardless of the time period, isn't half the movie that it is without Anya Taylor-Joy providing the best performance in the film. She has the uncanny knack for simply morphing the material around her perfect eyebrows and instantly rising the water of everyone associated with the project.

My only complaint is that she isn't given enough material to work with and her presence onscreen is sadly measured to focus more on the emerging psychopathology of the boys at the heart of the story. Perhaps, that's a reflection on her character Jen easily being the most grounded and forward-thinking person in the group.

Jen's budding relationship with Matthew (the sensitive protagonist), played by Dean-Charles Chapman, is both an inspiring bit of optimism in an otherwise bleak landscape and a harbinger of things to come. As the voiceover clearly points out in the opening minutes, there are bad choices coming and one, in particular, will lead to the funeral that bookends the movie.

And yet, my main criticism of the movie is that, unlike the ones that came before it, Here are the Young Men doesn't do a good job of narrowing in on a point. It doesn't simply say something like drugs are bad, or moral apathy is creating toxic masculinity that will ultimately lead to its own comeuppance, but instead, the film's message seems to more of a convoluted mess.

What starts as an interesting dissection of the male psyche quickly spirals into a debaucherous series of scenes with no real consequences. I believe that each of the three boys represents certain behaviors or impulses in most men and instead of focusing on their struggle for dominance in this little clique, the filmmakers opt to show off bizarre fantastical interstitials that try to get inside each boy's head.

While I commend them for using such a brash tactic, it comes off a bit like trying too hard to impress the big boys. We get it, you learned a bunch of fancy camera tricks in film school, but save them for later when they are more pertinent to the source material.

And yet, there is something endearing about this coming-of-age tale that is hard to pinpoint. There are lessons learned I suppose, but I felt the potential was there for so much more. Anya Taylor-Joy saves the day, but I only wish that there was more for her to play with so that the movie would have been more balanced.

As it stands, there are certain psychedelic elements that help to punctuate their time and place, but perhaps it's too much. Much of the heavy lifting of the plot is overtaken by various drug-induced montages that tend to be a bit jarring. Maybe that's the point? It could be, but when it leaves your audience more confused than enlightened, perhaps you missed your mark.

I think that Here are the Young Men shows promise, but most of it is unfulfilled. And yet, there are several good reasons to enjoy this film. I think your mileage may vary, but with an open mind, I expect more people will enjoy it rather than despise it. 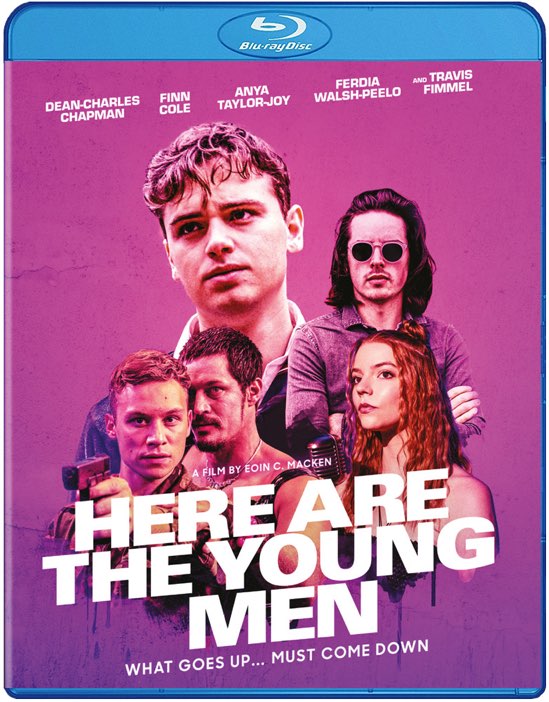 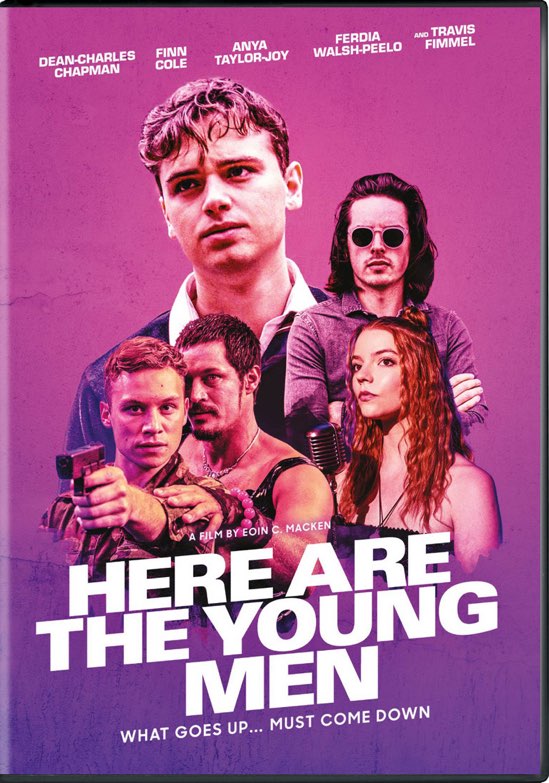