Review: 'American Dream' is a violent waste of talent 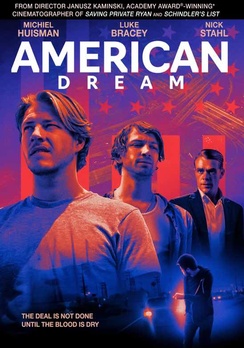 Timing is an unfortunate side effect of circumstance sometimes but I'm not sure if a different release date would help American Dream much. To be fair, it's just rotten luck that last week's violence at the U.S. Capitol will be fresh on the minds of the audience when they sit down to watch this movie.

There's something extra jarring about the film's many violent scenes that certainly add a realistic feel to the story's plot, but might trigger PTSD in people still coming to grips with the real violence playing out around them. Of course, the violence in the film turns out to be the high point, so maybe it won't matter much in the end.

A pair of contractors get caught up in a surefire success scheme before running out of money to finish the job. With nowhere else to turn, they approach a Russian mobster with the hopes of borrowing money to get their project across the finish line. But when they balk at the terms of the deal, they learn the hard way that you shouldn't turn down a deal with the Russian mob.

Directed by Academy Award-winning cinematographer Janusz Kaminski (Saving Private Ryan), American Dream has so much going for it out of the gate. I have always been a big fan of his camera work and I enjoyed his directorial debut Lost Souls quite a bit, so I was intrigued but curious as to the 20-year gap between directing gigs.

It turns out that there was reason to be worried.

You know how some people are just amazing at everything they do? No matter what they do, or what they take on, they simply nail it out of the park? Yeah, I hate them too.

Kaminski, it turns out, is not one of those people. He's brilliant behind the lens of a camera, but his efforts directing the action and actors leave a bit to be desired. The use of muddy tints to wash the action out gives the film a distinct turn of the '90s feel to the film, but it's apparent that he's not trying to create am homage to such classics as Bad Boys.

No, instead, the end result is a bloody mess, both literally and figuratively. Although to be fair, I don't think he's the main culprit behind this failure. That crown would go to first-time screenwriters Duncan Brantley and Mark Wheaton.

From the outside looking in, it's easy to see that they had an idea for a mob thriller with a twist, but instead of investing in character development, they simply wrote one violent confrontation after another. There are some interesting scenes sprinkled throughout, say the torture with the sock full of quarters, that was both intriguing and effective, but it's like they couldn't figure out the connective tissue between them.

Had they simply hired a script doctor or two to give it a little polish, American Dream could have been a sneaky little gem along the lines of Good Time instead of the forgettable B-movie that it truly is. Of course that all being said, in the time of COVID, the one-eyed King rules.

The reality is that with the dearth of options hitting home entertainment these days, you could do far worse than American Dream. In fact, there are two really great performances in it that make the viewing quite tolerable.

First, Michiel Huisman, formerly of Game of Thrones and most recently steaming up the bloody bed sheets in The Flight Attendant, turns in another spectacular performance. He is quickly becoming a favorite of mine who always turns in a solid performance and makes those around him that much better.

Second, Agnieszka Grochowska is an actress that was new to me but has apparently been tearing up the Polish big screens. While she's been relegated to supporting roles in American cinema thus far, I have a feeling that her fierce turn will have many casting directors thinking twice about her. She is easily the best thing about American Dream and I'd actually sit through a film centered on Ana's back story.

Russian thug Yuri is played by Nick Stahl with all of the stereotypical aplomb that you would expect from Hollywood. While I haven't been the biggest fan of his since he came onto the scene, it's clear that he's just completely miscast as a Russian mobster-in-training. I really wish they would have given the role to someone with even a modicum of authenticity.

In the end, American Dream isn't the worst film I've seen so far is this nascent year, but it's definitely one that is forgettable. Your mileage may vary and it's a really weak slate of releases in the next couple of weeks, so you might be able to squeeze enough enjoyment out of it. Just set your expectations really low. Like on the ground. 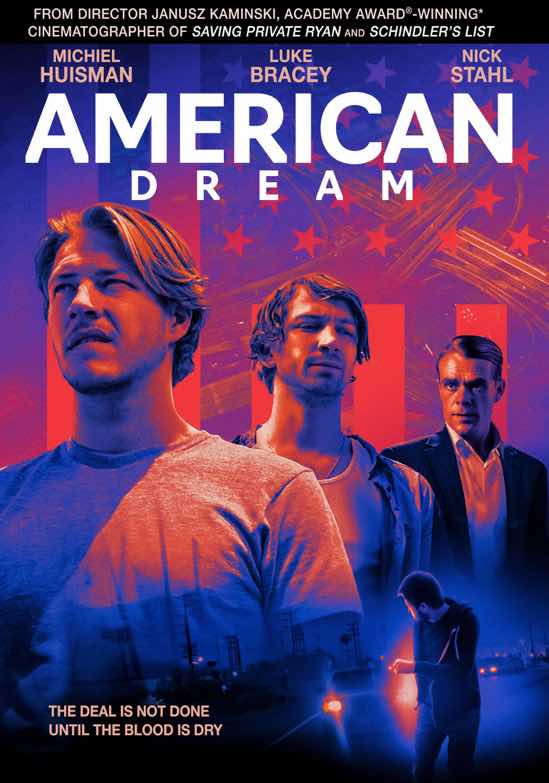