Review: Season 4 of 'Rick and Morty' is worth the wait 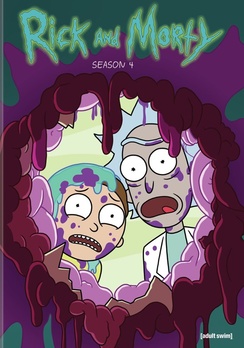 If there's one good thing that has come out of this pandemic, it's given me plenty of time to catch up on shows that I missed the first time around. One show that I finally got around to watching is Rick and Morty.

Billed as a warped combination of Back to the Future and Family Guy, Rick and Morty is a show that should be right up my alley, and despite my hesitation, I'm glad that I finally got around to watching it. With only 10 episodes per season, it was an easy binge effort and now I finally understand the fans lament at having to wait between seasons.

Rick and Morty debuted in 2013, but Season Four debuted late last year and finished up its 10-episode run earlier this year. There was a bit of backroom bargaining between Adult Swim and the show's creators that delayed Season Four for three years, but they finally emerged with a deal for 70 more episodes and all was right in the universe.

The show follows Rick, a deranged scientist with a drinking problem and his meek grandson Morty as they travel through different realities and dimensions sometimes saving the world, or the universe or Morty's potential love life. It's a weird show, but one that definitely is both hilarious and interesting. Season Four sees a return to form as the pair escalates their travel and the exploits at home hit a new level.

Being late to the party, I haven't had the long delays between seasons to overthink and analyze the episodes. But those that were on the Rick and Morty train from day one definitely spend a lot of time obsessing over the show.

Case in point, a quick search in Reddit returns hundreds of threads with theories ranging from alternate timelines and time travel. Co-creators Justin Roiland and Dan Harmon have created a sensation and they don't mind feeding into the frenzy. As to whether there is more than meets the eye to the simplistic episodes, that's a fight to be determined another day.

What is known is that if the series continues with its 10 episodes per season plan, there will be at least six more seasons of awesomeness to enjoy. The good news is that there shouldn't be as long of a wait for Season Five. While no official release date has been announced, there have been leaks here and there that we will most likely see new episodes in 2021.

That's one of the benefits of an animated show in a COVID-19 world. By utilizing a voice cast, you can get what you need with little to no risk of spreading the disease. And yes, if you think Rick and Morty would pass up the opportunity to comment on COVID-19, then you didn't watch the Emmy awards this weekend.

It was quick, but they quipped about all the money they are saving from mouth animation with them all wearing masks. It was typical and hilarious. And it hinted that Season Five might be closer than we thought. In fact, they teased this first, unfinished look at a clip from Season Five earlier this month.

Rick and Morty: Season Four is now available on Blu-ray and DVD.