Review: 'Supergirl' gets better with age in Season 5 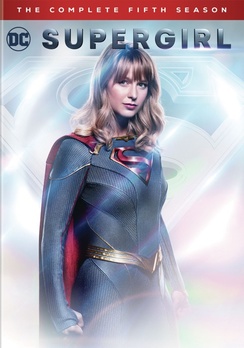 I am continually amazed at how timely and wonderful Supergirl is week in and week out despite the long and winding road that the show has taken. Since its glitzy debut season on CBS, the show has really found its stride on the CW. Now that it has fully embraced the Berlanti Arrowverse, Supergirl is proving to be an invaluable member of this powerful lineup and you won't hear a single complaint from me.

A large reason for the continued success of Supergirl lies at the feet of its very talented lead Melissa Benoist. With the exception of a very nit-picky prominent scar about one of her eyebrows (would Supergirl even be capable of being scarred?), Melissa Benoist is perfectly cast as Supergirl and she brings the right amount charm and kickass to a character that is quickly finding her place in the Arrowverse on The CW.

Our whole family fell in love with Supergirl when it debuted on CBS, but my wife found the grittier version offered by The CW to be a bit much for her liking, but the show is still a weekly watch for me and my young daughter. As a father, Supergirl is everything that you could hope for in a role model for your daughter, but even I had a few cringe-worthy moments in season four as the storylines are quickly escalating into more PG-13 territory.

Season five continues the theme in the Berlanti-verse this season where all shows had two strong arcs separated by the massive crossover event "Crisis on Infinite Earths" five-parter. In the first part, Supergirl deals with the fallout of Lex's death and her strained relationship with Lena Luthor. The balance of the season resurrects Jon Cryer's Lex Luthor thanks to the events of "Crisis on Infinite Earths" and his eternal pursuit for world domination.

As I mentioned last year, Jon Cryer's return to the Luthor family has been one of the best things to happen to TV over the last decade. Despite being a wonderfully kind and humorous guy, his portrayal of Lex Luthor is downright diabolical and perfect for the Berlanti-verse.

As you may recall, Cryer actually cut his teeth in the Luthor family by playing nephew Lenny in the abysmal Superman IV: The Quest For Peace. Thankfully, he is making up for this atrocious entry in the Superman canon with his spectacular work on this CW show. He is really finding his niche in this role and I really hope that we get to see more of him in Season 6 and beyond.

Of course, this all goes back to the elephant in the room that is COVID-19. Many shows were prematurely shut down before the entire season's arc was resolved and Supergirl wasn't spared. Interestingly, the original season's order was cut by two episodes and the last episode was never produced.

For Supergirl, most of the season's storylines were either resolved or well on their way to resolution when COVID hit. The biggest question mark belongs to Lex's fate and if he will indeed return full time for Season 6 or if Jon Cryer will be recruited for the new Superman and Lois show.

Complictating matters, even more, is the fact that star Melissa Benoist is pregnant which has already forced The CW to push Season 6 to a mid-season start. It seems that between the COVID and pregnancy, the fate of Supergirl stands at a crossroads. If I were a betting man, I wouldn't count out Supergirl. It is a show that has proven time and again that it has what it takes to survive and I fully expect to see it rise to the occasion once more.

There are a myriad of threads carrying over to Season 6 that should prove to be interesting in and of itself. Personally, I'm looking forward to the interplay between Kara and Alex. This show is at its best when the siblings' relationship is given front-burner attention. The potential of Alex as a masked vigilante is one that is ripe with possibilities.

Supergirl: The Complete Fifth Season is now available on Blu-ray and DVD.