Review: 'The Postcard Killings' is the complete serial killer package 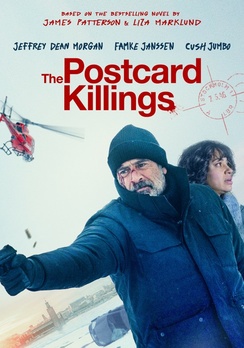 When it comes to the serial killer genre, it's very difficult to stand out. While most of them are entertaining, only a select few reach beyond the clichÃ©s that saddle many of these films in mediocracy.

I would say that Seven represents the pinnacle of serial killer movies and while The Postcard Killings doesn't exactly reach this lofty height, I think you will be surprised at just how entertaining this little film turns out to be.

A New York detective receives every father's worse news when he learns that his daughter and son-in-law have been murdered in London. Unable to stay put, he travels to London with a personal vendetta to track down his daughter's killer.

Based on a James Patterson novel, The Postcard Killings has everything that you're looking for in a suspenseful thriller. Not only is the story intriguing and twisty in all the right places, but the film takes full advantage of its European locations to elevate the film much higher than you would think at first glance.

The biggest reason for the film's success is the amazing performance from Jeffrey Dean Morgan. Known mostly for dying in every TV series that he's ever been in, Morgan is given the rare challenge of carrying both the emotional and thematic weight of the film. Not only does he accomplish both with aplomb, but he gives such a reserved performance that this might actually be the best work of his career.

To be fair, I have always been a massive Jeffrey Dean Morgan fan, so my opinion might be biased, but it also makes me a perfect candidate to evaluate his performance. A lesser actor would most likely overact the sadness of losing his daughter and wouldn't be able to pull off the emotional swings necessary to do his job.

By contrast, Morgan's performance is really reined in. He struggles with his loss and tragedy but is also able to push it down so that he can complete his job. His emotional range is tested and he brilliantly is able to shift gears quickly. As the father of a daughter myself, I can't imagine the level of pain that his character would be in, but I do know that I wouldn't be able to work.

Another performance that moved me was the one turned in by Naomi Battrick. Honestly, I had never heard of her before this movie, but now I'm compelled to seek out her other work thanks to her mesmerizing performance.

At the end of the day, it's difficult to properly review a thriller without giving away spoilers, but let me just say that as someone who is fairly adept at picking up on twists, I was tricked on more than one occasion. The fact that the subject matter was elevated beyond a simple psychotic serial killer to one that approaches art was pretty magnificent.

The Postcard Killings is a film that sneaks up on you and doesn't disappoint. As someone who watches a great many movies in this genre, I can tell you that it is definitely one that is a far notch above most others.

The Postcard Killings is now avaialble on Blu-ray and DVD.