Review: Nostalgia gets a makeover in 'Freaky Friday' 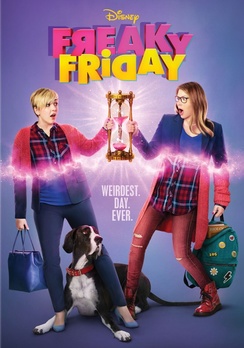 It seems that every generation is bound to get their own Freaky Friday. When I was a child, it was Jodie Foster switching places with her mom in the original 1977 film. That film was rebooted in the early 2000s when Jamie Lee Curtis and Lindsay Lohan injected some massive box office success into their version of Freaky Friday.

Now, my kids get to enjoy a musical take on Freaky Friday with Disney's latest attempt to regurgitate their intellectual property forever. That said, Disney enjoyed great success with High School Musical and more recently with Zombies, so maybe they are on to something here.

Injecting a musical flair into Freaky Friday is a bold choice, but it pays off as the film feels less like a cash grab and more like a fresh new movie. This time, mother and daughter swap bodies with the help of a magical hourglass and come to learn that their preconceptions of the other's life were completely wrong. With a newfound respect for each other, can they find the matching hourglass in time to reverse the switch or will they be trapped in each other's bodies forever?

While I do remember bits and pieces about the original Freaky Friday, the version that I most recall is the Lindsay Lohan version mainly because we covered it here on the site. Yikes, I'm getting old. What I do recall about the Jodie Foster was that the film was quite tame as was keeping with the time it was filmed. And there was a comical water-skiing scene. Seriously, what is up with the 1970s and water-skiing?

Anyhow, as mores changed, the films progressed from innocent swapping fun to more pressing matters of the time. Jamie Lee Curtis remarks (in her daughter's body) that her backside is most definitely not hers. In the latest version, the mom confronts the daughter about her clandestine belly button ring. I mean, it's still Disney, so the topics don't stray too far into the taboo, but I would imagine that had this swap actually happened in real life, things would be a lot more interesting.

The daughter is played by Cozi Zuehlsdorff, whom you might recall from the Dolphin Tale movies. The mother is played by Heidi Blickenstaff who is best known for her musical efforts on Broadway. She is still a relative newcomer to films, but her musical stage experience certainly has prepared her for this musical interpretation of Freaky Friday.

As the film pivots around their shared experience of living in each other's body, the performances from Cozi and Heidi are crucial to the movie's success. Both actresses bring a certain fresh face to the roles that actually helps to sell their naivety. If there was one thing about the 2003 remake that bothered me, it was the established actresses that were vying for screen time. With this latest version, the film is more relatable with relative unknowns in the lead roles.

Another pleasant surprise was just how receptive my own daughter was to the film. She is six years old going on 20, so I was interested to see how she would respond to it. She's a huge Disney musical fan, so she really got into the musical aspect of the latest Freaky Friday. Sure, several aspects of the movie flew over her head, but she did ask my wife when she would be allowed to get a belly button ring. Naturally, we cringed.

While her belly button ring days are far in the future (we hope!), she did enjoy the film and it was a pleasant family viewing experience on a rainy day. If you have young daughters who enjoy a fun musical number and tend to roll their eyes a bit when you play the parent, then they will love Freaky Friday. 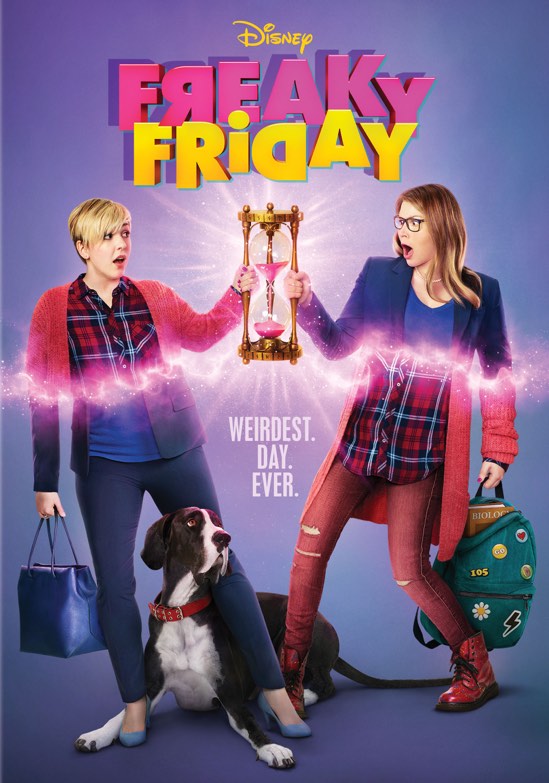