Check out this exclusive clip from The Big Take 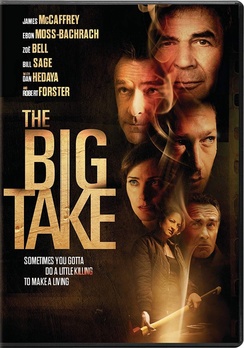 Every now and then, I'm taken aback by something that comes together as a result of working in this industry. This is one of those instances.

I'm a huge Dan Hedaya fan and I'm always blown away every time he pops up unexpectedly in films. When I was watching The Big Take for review, his appearance in the film coincided with a strong uptick in the story. I don't believe this to be a coincidence.

We were further fortunate when the opportunity presented itself to debut an exclusive clip from the film featuring Hedaya making some of his sweet private investigator moves.

I don't want to give away too much of my review before it posts online later today, but if you're a fan of this particular genre including films like The Big Lebowski and Kiss Kiss, Bang Bang, then you'll definitely want to check out The Big Take. The film also stars ZoÃ« Bell and Robert Forster.

The Big Take is now available on DVD and Digital.