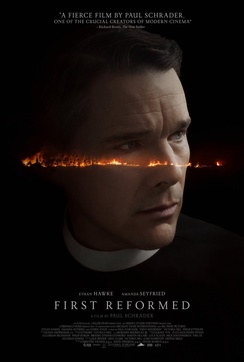 It doesn't take much for a cynic to claim that "God is dead" these days. Simply take a look around and it seems that the concept of faith and religion is under attack from every angle. Whether it's further evidence of the complicity of the Catholic church in priest molestations or the erosion of morals and ethics that we see in the current political landscape, it's clear that the world needs a reset when it comes to faith.

Enter First Reformed. The latest film from the always wonderful A24, Ethan Hawke plays a pastor of a dying parish struggling with his own past indiscretions as he searches for a way to connect with a world that is becoming increasingly secular with each passing day. When a pregnant woman in his parish confides in him to help her wayward husband, the pastor is forced to confront his past and make a decision that will hopefully have an impact on the world around him.

In much the same way that Taxi Driver only works by virtue of the amazing performance turned in by Robert De Niro, First Reformed is the powerful film that it is thanks largely by the haunting performance of Ethan Hawke. I have never really been a huge Hawke fan. I thought he's been rather hit or miss over the years with work that has fallen with the range from inspired to downright insipid.

But in First Reformed, his portrayal of Reverend Ernst Toller is perhaps the most earnest performance in his career. He always plays conflicted characters the best and there's no better example of this than Toller. He is a man of faith that not only fears that he is losing it but notices that there isn't much of it in the world around him. This is demonstrated beautifully by the dwindling audience taking in his weekly sermons.

When pregnant parishioner Mary (a bit too on the nose?) asks him to counsel her radical-environmentalist husband when she discovers his suicide vest in their garage, Toller is confronted by a man who goes against every fiber in his being, and yet, he does feel a kinship in him and his willingness to send a grandiose message in the hopes of changing people's minds. Toller is able to see a parallel to his own church and the environment that is getting its life choked out of it by its own form of pollution in the guise of a nearby megachurch that is so far off the beaten path of faith that is unrecognizable to Toller.

While the film is filled rife with pessimism and dour predictions for both our planet and religious faith, the third act is something that must be experienced. I certainly won't spoil it for you, but there is a powerful message in there that I think is applicable to the newfound world around us.

While fundamentalists are concerned with turning back the hands of time to a arrive at a place that we no longer recognize, First Reformed preaches a new message for a new faith that just might save us from the destruction we face both spiritually and physically. While I'm not too sure how many converts writer/director Paul Schrader will win in his crusade, I know for a fact that Ethan Hawke's performance will win over many of his staunch detractors. He delivers a powerful performance that would make Reverand Toller proud.

First Reformed is now available on DVD and Blu-ray. 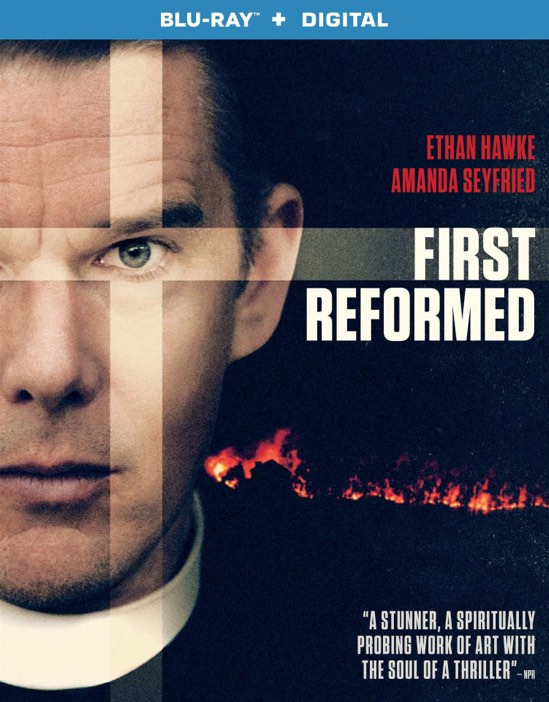 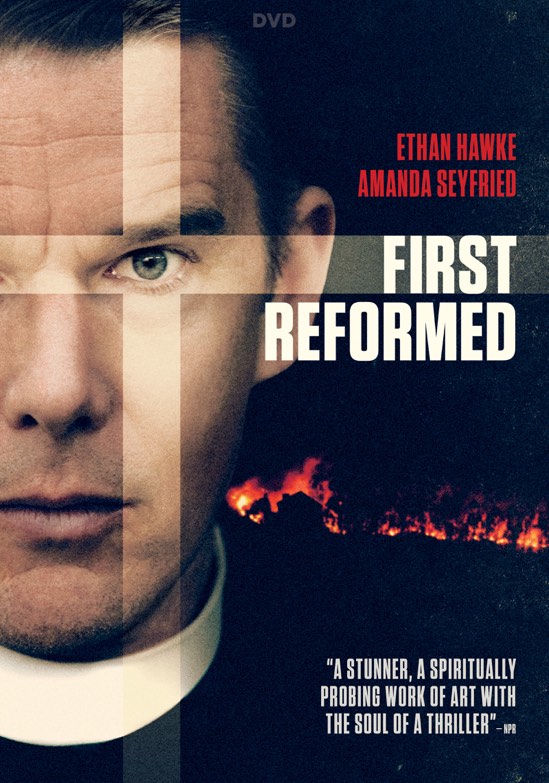