Let's face it. When you're trying to tell a true story for a Hollywood audience, it's very tempting to let fiction creep in to tell a more compelling tale. Take Argo, for example. While the film manages to get the broad strokes correct, the film does take some liberties in the minute machinations of the plot to craft a more exciting film.

The result for Argo was the Oscar for Best Picture. Backstabbing for Beginners will not replicate Argo's awards success, but it follows a familiar blueprint to similar success.

Backstabbing for Beginners tells the true story of the UN's Oil-for-Food Programme (don't ask me why they spelled it that way, I'm sure it's a UN thing) that was set up in 1995 in the wake of the first Gulf War. The Programme ostensibly allowed Iraq to sell oil on the world market in exchange for much-needed supplies such as food and medicine for its people.

On face value, the Programme seems like a good idea. The world oil market gets a surplus that will keep oil prices in check and Iraq gets sustenance for its people. Obviously, the aim of the Programme was to prevent Saddam Hussein from profiting from these sales or allowing the money to be channeled back into his military. As with many large-scale programs, the results were mixed and rife with rumors of bribes and kickbacks.

Theo James stars as the idealistic young UN newbie who is plucked from a pile of applicants to be the assistant to the UN undersecretary in charge of the Oil-for-Food Programme, played by the wonderful Ben Kingsley. For those of you over the age of 25, Theo James rose to popularity for his portrayal of Four in the Divergent series of films (yes, it was one of those post-Apocalyptic dystopian future series of films).

Backstabbing for Beginners is Theo's first foray outside of the science-fiction/action genre and he handles himself quite well. He spends a great deal of his screen time opposite Ben Kingsley and he more than holds his own against the accomplished actor. In particular, Theo is able to capture the idealistic naivety that someone in his position must undoubtedly be burdened with given his age and the importance of his job.

The film is even more powerful against the backdrop of the current political landscape. There is a lot of moral ambiguity in the film and the characters debate the merits of how much gray is too much and if the ends justify the means that the story feels at home amid the current talks of political corruption.

The film would not have worked as well as it does if the cast had not been so compelling. The aforementioned Ben Kingsley is amazing and Jacqueline Bisset turns in a compelling performance that really ratchets up the stakes in terms of morality. Set against the violent backdrop of Iraq, the audience is taken on a roller coaster ride that helps to capture the real danger that these areas provide.

Backstabbing for Beginners is a compelling film that manages to get its audience to care about something that they probably glossed over in the news 20 years ago. It is films like this one that reminds us that there are people behind the news blurbs. People who are putting their lives on the line each and every day to ensure that the future world for our children is a better place for all.

Backstabbing for Beginners is currently available on DVD and Blu-ray. 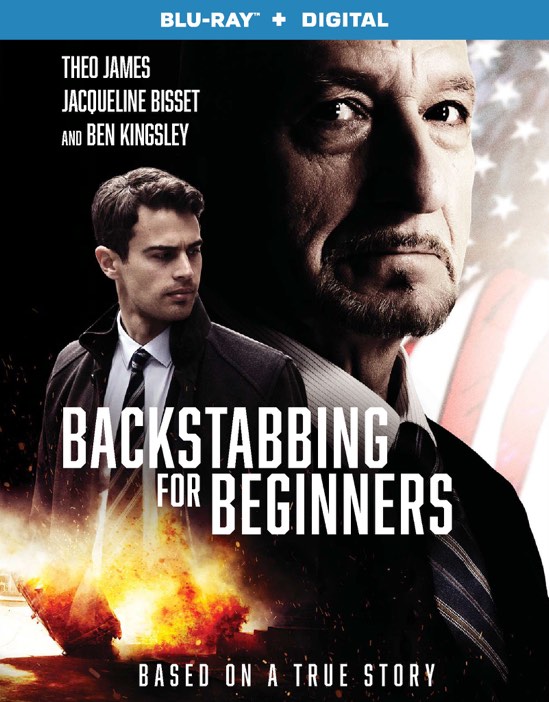 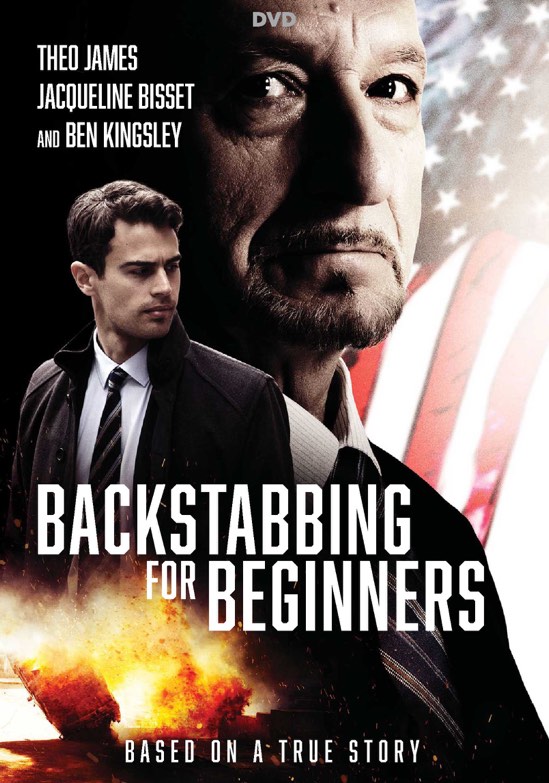