Review: This film is a 'Wonder'-ful good time 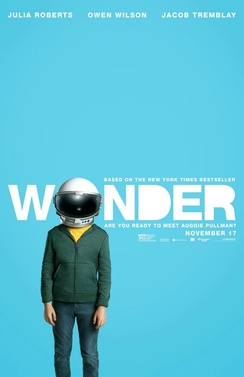 Let's face it, there is a bullying epidemic in this country and it doesn't appear to be slowing down anytime soon. This is of paramount concern to me because I have two children (4 and 6) who are just starting school and are on the precipice of this very real and dangerous period in life.

The cynic out there will say that bullying has always existed throughout the ages and we all turned out just fine. This is true, but with the proliferation of social media and the cruel acceptance and societal apathy out there, bullying has never been more threatening to the youth of this country.

It is in this world that Wonder chooses to tell its tale and, perhaps, provide some hope for the future. It is really easy for a film like this to become overly heavy-handed or preachy, but the top-notch cast delivers an earnest film that will strike a chord in even the most curmudgeonly of those out there.

Young Auggie Pullman is a child that suffers from Treacher Collins syndrome that, combined with his 27 surgeries, has left Auggie with a very non-traditional face. Because of this, Auggie was home-schooled, but his parents decide that Auggie should go to a private school to start fifth grade. As you can imagine, this is a difficult period of life to navigate in the best of possible situations and almost impossible when you look quite different than everyone else.

Even in my daughter's kindergarten class, we see the start of bullying and cliques forming. Some would say that it's human nature, but I think it's a rallying cry for us to be better and provide better examples to our children. Wonder does address this in the form of a self-absorbed mother who photoshops the class picture to digitally erase Auggie so that it is less shocking while on display in her house.

I mean, you would think that this sort of antagonist would be so over the top as to be unbelievable, but sadly, I know that there are people in real life that would do the same thing. It doesn't take much time on social media to see all of the hatred being spewed around to understand that unless we do something about this bullying epidemic, it will spiral out of control.

The film is sweet and endearing, but not too sugary thanks mostly to its outstanding cast. Auggie's parents are played to perfection by Julia Roberts and Owen Wilson. They are both capable of unleashing an epic amount of whoop ass on Auggie's bullies and their parents, but their restraint is even more powerful. Both of them turn in a nuanced performance that allows them to share a real moment in which we are able to experience the unspoken fissures that can sprout in even the most secure relationships.

Naturally, the real star of the film is young Jacob Tremblay who made a massive splash when he arrived on the scene in the incredible film Room. Since then, he has made smart choices and it really pays off in Wonder where his performance is so amazing that you forget that he doesn't actually suffer from the affliction that we see on the screen.

Even the supporting cast turns in spectacular performances. The always wonderful Mandy Patinkin as the principal and big screen newcomer Daveed Diggs shine on the screen. For those of you that enjoy the musical theater, you will recognize Daveed Diggs as the actor that originated the roles of Marquis de Lafayette and Thomas Jefferson in the smash Broadway hit Hamilton. His future is indeed bright and I can't wait to see what roles he tackles next.

At the end of the day, the film delivers a powerful and uplifting message that we all need to take to heart. It does so in a way that is not condescending while also providing a fulfilling storyline that rises above the bullying antics of Auggie's classmates. While the film might not be appropriate for younger audiences, it is an important film that should be watched in a family setting so as to maximize its impact.

Wonder is now available on 4K UHD, Blu-ray and DVD. 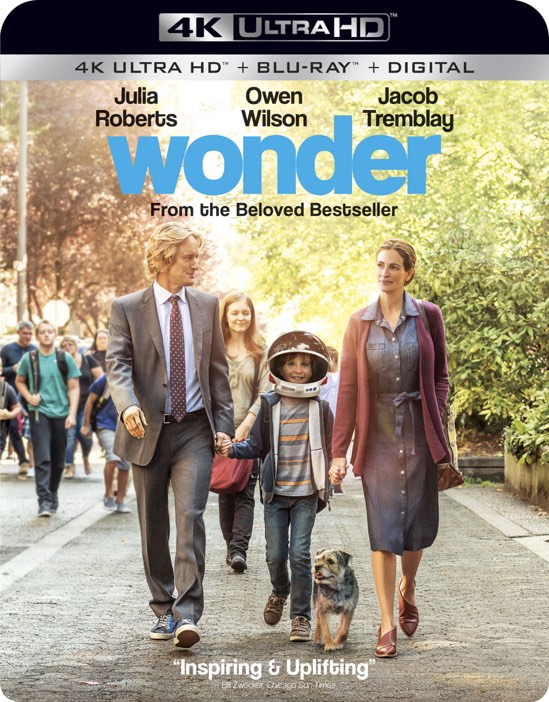 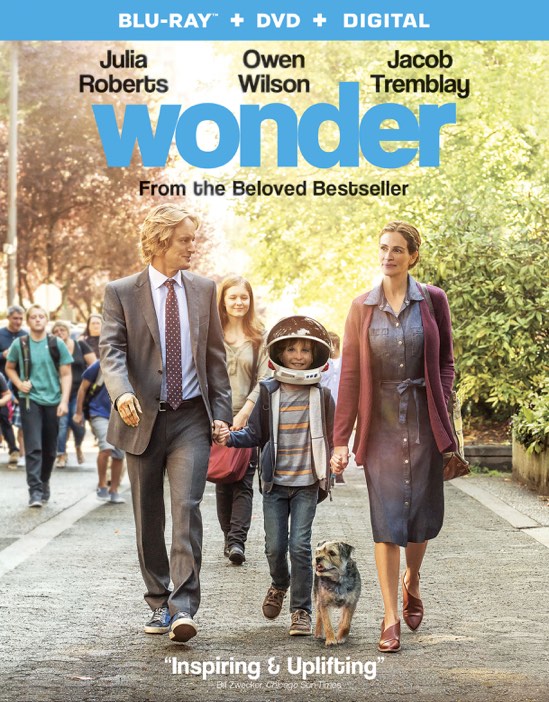 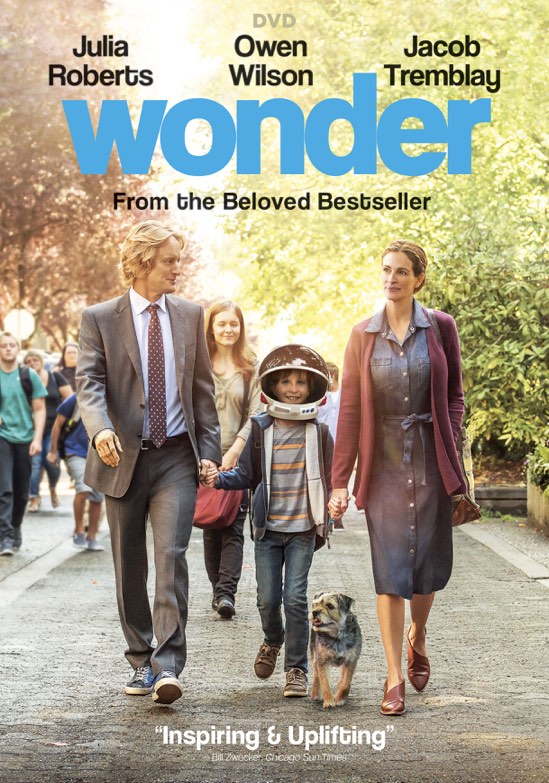