Review: Ethan Hawke is no John Wick in '24 Hours to Live'

I remember the first time that I watched John Wick. I was blown away and couldn't wait to watch it again. A few days later, I did watch it again with my wife this time, and she confirmed the film's awesomeness.

When I threw in 24 Hours to Live to review it this past weekend, I was secretly hoping that this film would move me in much the same way that John Wick did.

Spoiler alert: 24 Hours to Live is no John Wick.

The storyline is promising. A former marine is recruited by a shadowy company to be a mercenary and is killed after he returns from retirement for "one last job." The only problem is that his company needs some information from its recently deceased asset, so it employs a new technology that resuscitates the recently deceased for exactly (you guessed it) 24 hours - complete with a handy countdown clock on his wrist. Naturally, he's not content to die again and action ensues.

As I mentioned, the premise sounds interesting and after the success of John Wick, the formula should be pretty straightforward, but 24 Hours to Live fumbles the handoff. Better yet with impending death hanging over the protagonist's head, the story would seemingly fit in Crank universe.

A mix of Crank and John Wick? Where do I sign up? Not so fast, from the get-go, there's just something off about the film and I think it's partly due to the film's poor dialog and Ethan Hawke being completely miscast. Don't get me wrong, I love Ethan Hawke but it's just hard to reconcile that Jesse from Before Midnight would take up a gun to avenge Celine's murder.

It's just hard to dissociate Ethan Hawke from the more weighty roles that he normally brings to life on the big screen. This film proves that it's not easy to make the transition to full-blown action hero. He brings an earnestness to the character that really should not be there.

The film also plays heavily with the death of his wife and child in what I assume is a bone thrown to Ethan to give his character some unnecessary depth. Look, again I don't want to beat the John Wick comparisons to death, but they perfectly handled their protagonist's motivation. This constant lingering on their deaths in 24 Hours to Live, especially over a year later is distracting and ultimately takes away from the film.

I really wanted to love this film. It has all of the best ingredients to make a kickass action film, but something fell flat in the execution. That's not to say that there aren't enjoyable aspects of the movie. I thought a couple of the action sequences were nifty, but they were few and far between. The film started with a nice character piece with Ethan's father-in-law (played by Rutger Hauer), but they mishandle that aspect as well.

Ultimately, 24 Hours to Live is a film with promise, but it fails to execute during the key moments. There's a fine line between John Wick and the countless direct-to-video films released each year starring either Eric Roberts or Danny Trejo. 24 Hours to Live is more of the latter than the former, sadly.

24 Hours to Live is now available on DVD and Blu-ray. 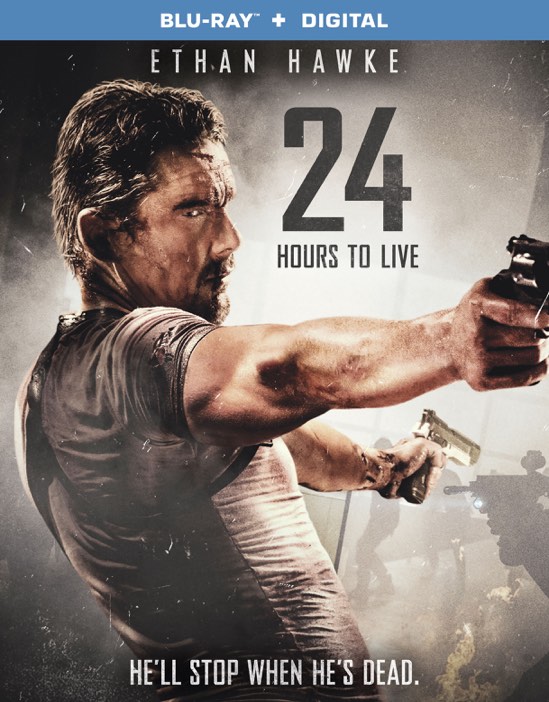 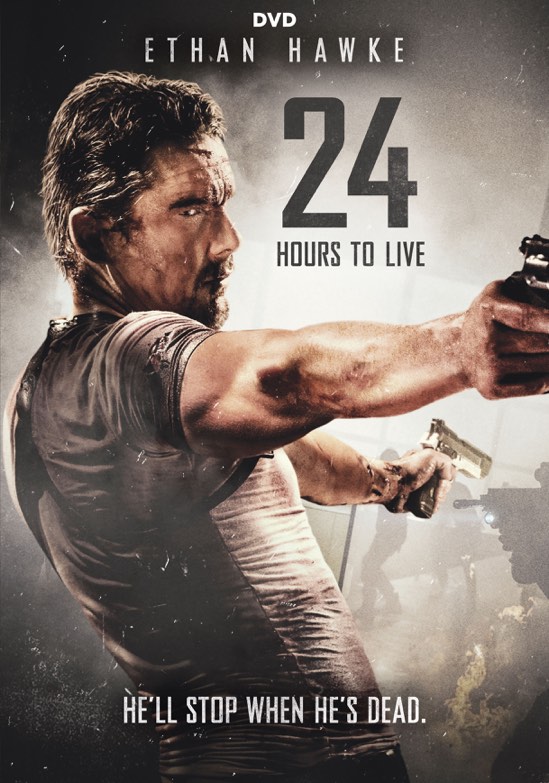