Review: 'My Little Pony: The Movie' is a fan favorite 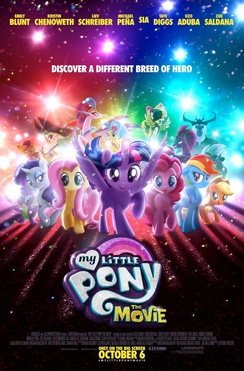 I'm just going to put this out there on front street. I don't get the My Little Pony craze. I would not identify with the group of grown men that call themselves "Bronies." But, I am a father to a six-year-old girl, so I can appreciate the power of their draw and accept their place in the popular culture hierarchy much like we blindly love Garbage Pail Kids or Pet Rocks as children.

I think I just dated myself a bit there, didn't I?

But, I don't have to understand it. All I need to do is to look at my daughter's face when she is watching them, or playing with her dolls, or wearing them on her clothes, etc. I think you get my point. I don't have an active distaste for My Little Pony like some do, but I just don't get as much out of them myself as I do from other shows that my kids watch.

Making the transition to the big screen (again? I seem to remember there being a movie from the mid-1980s that also played in theaters), the folks behind My Little Pony: The Movie rightfully didn't waste their time trying to reinvent the wheel. Instead, they borrow a storyline that we have seen any number of times in animated films from Angry Birds to Norm of the North where the status quo is interrupted by an invading force and the protagonists must band together to thwart the incursion by the usurpers. This time, it's just with a bunch of unicorns and ponies and the like.

My daughter saw this film in theaters with my wife and the absolutely loved it. My wife was a fan of the original series as a kid, so My Little Pony allows them to connect with a common childhood favorite. Obviously, my daughter was over the moon when I brought home the review copy and she demanded that we put it in immediately. I complied and we started the first of a dozen viewings (and counting).

While My Little Pony: The Movie lacks the repeat-viewing strength of say Sing, Trolls or Zootopia, I find that I'm still finding little things that I never noticed in previous viewings. To that end, the film makes for great family entertainment without causing parents to pull out their hair.

One other advantage that My Little Pony: The Movie has over its peers is the unadulterated message that transcends both the series and the movie, that friendship is paramount. Or as they like to say, "Friendship is Magic."

If there's one thing about the film that I didn't really care for, it was its insistence to fall prey to one of the most sinister fads in animated films. Why do we need to create special characters that share the likeness of the celebrities that voice them? Did we really need a Sia pony in the film? It's a gimmick that has been turning up in animated films more and more lately and it's one that I sincerely hope that Hollywood ends soon.

It's not that I have anything against Sia or the character she plays in the film, but having her pony share her likeness tends to transport me out of the film to make the connection of, "oh, that pony must be voiced by Sia." That moment of disconnect is brief, but it takes away from what is otherwise a story that engages the audience completely.

If you have young children, then I don't have to say anything to convince you that you need to own this film. In fact, you probably already own it if your kids are anything like mine. My Little Pony: The Movie is a worthy continuation of the series reboot on the big screen and presents a wholesome message to our kids.

My Little Pony: The Movie is now available on Blu-ray and DVD. 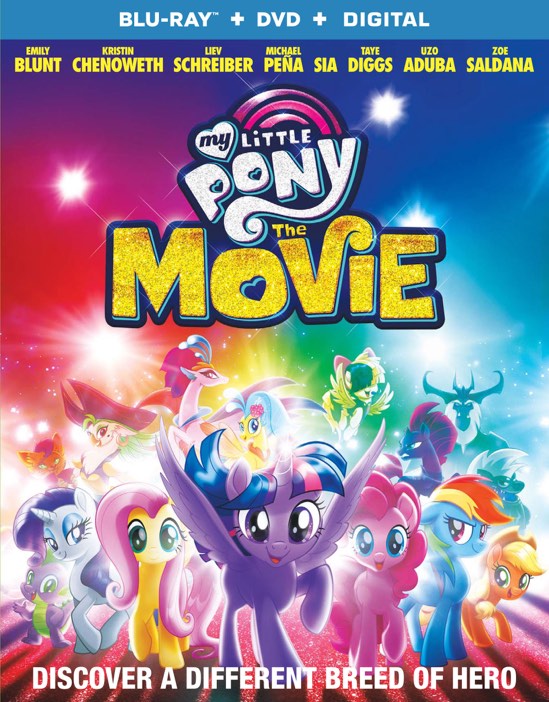 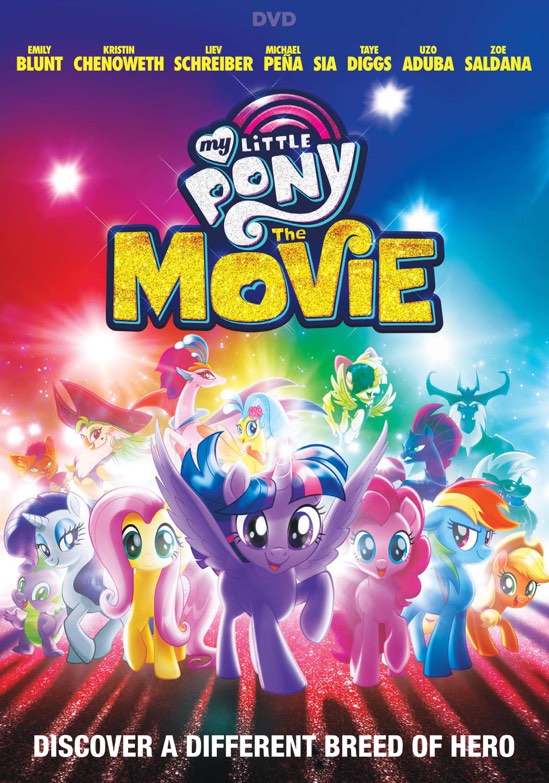