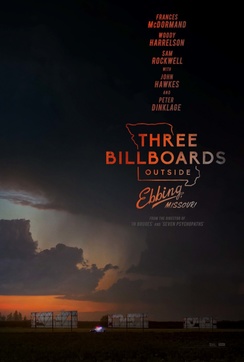 Typically, the Golden Globes is seen as the dress rehearsal for the Academy Awards. Given its early placement in the awards season, the Golden Globes has always been a leading indicator of Oscar success, but this year's ceremony was unlike any show that came before it.

With actors and actresses mostly donned in black on black garb in a show of support for the Time's Up movement that opposes the air of sexual harassment that has plagued Hollywood for decades and was blown open by the allegations against Hollywood heavyweight Harvey Weinstein. The movement also calls for more transparency into the system that has led to a massive inequality based on gender, race and sexual orientation. Amid this backdrop, host Seth Meyers did an admirable job of navigating the treacherous waters with an amazing amount of wit and aplomb. And yet, it was pretty obvious that this Golden Globes ceremony was going to be a bit different than the usual joviality that permeates this awards show. The award show stuck mostly to script on the TV side of things as favorites The Handmaidâs Tale and Big Little Lies took home a slew of statues, but it was the film awards that left many of the awards experts scratching their heads. The night's biggest winner was hands down Three Billboards Outside Ebbing, Missouri which took home four awards including the night's top prize for Best Picture, Drama. Frances McDormand held off a star-studded field to take home Best Actress, Drama for her work in the upstart awards contender and depending on who you ask, Three Billboards Outside Ebbing, Missouri is either the odds-on Oscars favorite or a darkhorse that will find it hard to replicate the film's success at the Academy Awards. While the film enjoys high Rotten Tomato marks from both critics and audiences, I was amazed at the amount of backlash I saw on Twitter last night following its wins. In a muddied race with no real obvious favorites, you would think that Three Billboards Outside Ebbing, Missouri's performance would give it an edge on other contenders, but don't count out Lady Bird which took home a couple of big prizes on the Comedy or Musical side of things including Best Picture. So, how did we do with our initial, gut reaction predictions? Not very good. Overall, we correctly predicted 9 out of 26 awards. We did slightly better on the film side by predicting five winners versus four correct picks on the TV side. In other words, don't place any bets when we unveil our gut reaction picks when the Oscar Nominations are revealed on January 24. The complete winner list is below.