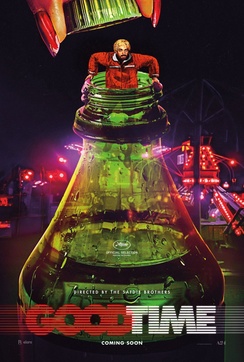 When you call your film Good Time, there's an immediate inclination that the film will be a happy, fun ride. Good Time is anything but. And yet, it's a powerfully moving film that made me rethink my feelings for its lead actor. So, I suppose it all works out in the end.

Good Time is another in a long line of excellent releases from A24. As I've heralded many times before, for my money, there isn't a better company at putting our entertaining films right now than A24. They are known not only for their high-quality films, but they don't seem to shy away from the bizarre and off-kilter films that put audiences on edge, but still send them home with something to talk about.

The film is a seedy look at the underbelly of New York City that would find itself at home in a double bill with early Martin Scorsese films Taxi Driver or After Hours. In all of these films, the city of New York is as much a character in the story as any of the people caught in its web.

In Good Time, Robert Pattinson (yes, that Robert Pattinson) plays a career criminal who is responsible for getting his developmentally-challenged brother put in jail when a bank robbery goes awry. Now, he has one night to scare up the bail money and get his brother out of jail.

First, I have to address the sparkly vampire in the room. Yes, I thoroughly enjoyed Robert Pattinson's performance in the film. And no, I never thought I would ever type those words in my life. To say that I have a distaste for everything Robert Pattinson is putting it mildly, so even after hearing nothing but wonderful things about his performance in Good Time, I was skeptical as I inserted the review copy of the film into my player.

There was just something from the get-go about Robert Pattinson's performance that was simply transfixing. He owned the screen and became Connie Nikas in a way that very few people are able to lose themselves in a role. It reminded me a lot of Christian Slater in True Romance. They both found themselves in increasingly desperate situations, but somehow they were able to keep their cool while everything around them collapsed into the abyss.

Before Good Time, I had never heard of the filmmaking duo the Safdie Brothers, but I have a sneaky feeling that we will be hearing a lot from them in the years to come. Benny Safdie pulled double duty by playing Connie's challenged brother and I was even impressed by his ability to convey the same level of pathos that the character of Lennie is able to showcase in Of Mice and Men.

In fact, I don't think that I would be overstepping my place if I were to call Good Time an almost modern retelling of the classic John Steinbeck with fewer rabbits. In both stories, a more mentally aware brother (or brotherly figure) is forced to make impossible decisions to protect their less-stable companion. Both stories share the tragedy of circumstance that rings true whether the events take place during the turn of the last century or in today's modern world. There is no such thing as actions without consequences just as there is no quick way to make a buck.

The times may change, but the same issues echo through the fabric of our very beings. As someone who is an older brother, I can somewhat relate to the choices and decisions that Connie makes throughout the film to try and save his brother. Thankfully, I have never been put into a situation where I had to make similar decisions to save my brother, but I hope that our bond is strong enough that I would not hesitate to do what it takes to help my brother out.

That said, I hope I don't have to turn to selling illicit drugs and dousing security guards with LSD to prove my love for my brother. I was thinking maybe posting bail money if he needed.

If you like dark, gritty films that tend to favor real consequences over fairytale endings, then you should definitely check out Good Time. Even if you suffer from Twilight hatred so much that the very sight of glitter makes you shake uncontollably, I promise that you will love Robert Pattinson in this role.

Good Time is now available on DVD and Bluray at a very affordable price. 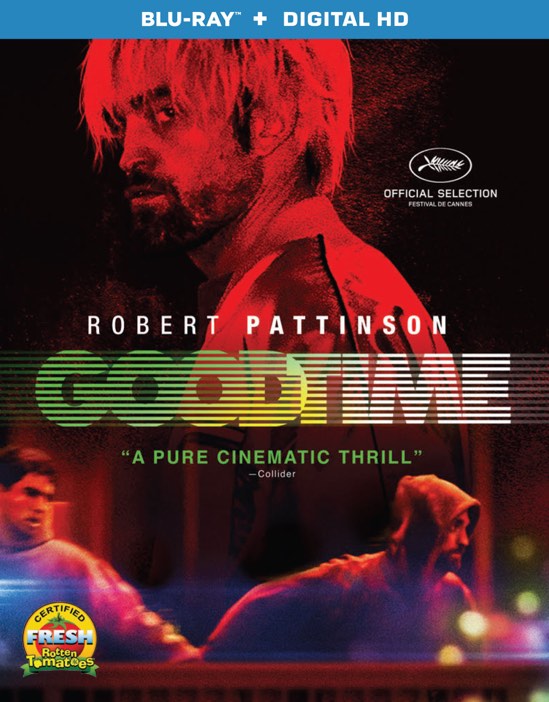 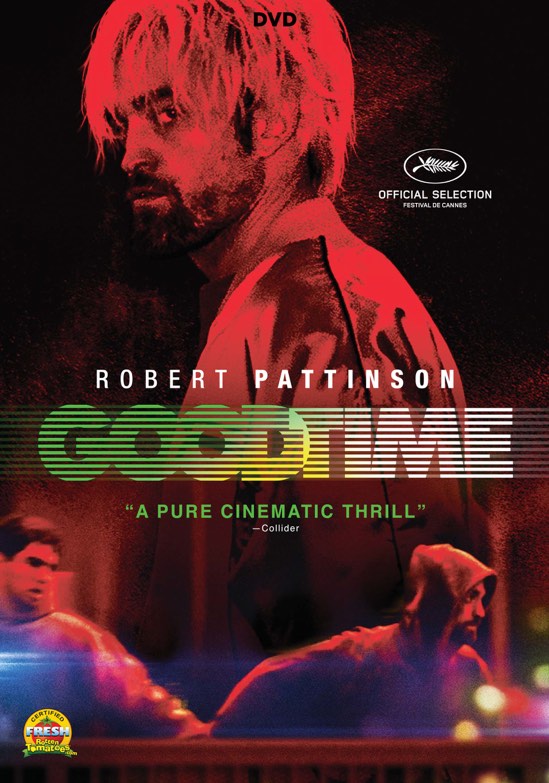