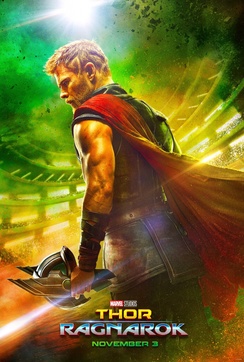 Some weeks are better than others. The last month seemed to be a case of studios not being able to do any wrong. And then? Here come The Smurfs.

I'm not sure what it is about those little blue creatures, but they just haven't been able to get a proper shake on the big screen. The recent two live-action/CG abominations were received well enough to justify the sequel, but it just felt like Sony was leaving money on the table.

Now, they revert back to an all animation approach, but is it a case of too little too late?

In a word? Probably. But it's not all bad news. We might as well get into it.

The Boss Baby has officially gone from pleasant surprise to real heavy hitter thanks to its strong second weekend gross in the neighborhood of $26.3 million. So far, the animated film has grossed $90 million and looks on pace to easily finish up north of $150 million.

I'm wondering if all of the free publicity that star Alec Baldwin has received thanks to his almost weekly portrayal of President Trump on Saturday Night Live has factored into the film's performance much or if the timing was just right for an animated family film. I'm leaning a bit on the former explanation given this weekend's Smurfs performance.

Speaking of Smurfs: The Lost Village, it finished a distant third behind Beauty and the Beast with a debut weekend of $14 million. The number was a pretty steep departure form the first film's $35 opening, but was pretty much on par with the sequel's $17 million debut. Given the track record of the Smurfs, the latest version should end up with about $60 million.

A bright spot in this weekend's numbers was the performance of fellow newcomer Going in Style. The geriatric comedy posted a initial number of $12.5 million which was more than expectations from last week. The Morgan Freeman/Michael Caine starrer in on pace to finish up with over $50 million and should enjoy a nice bit of business as its target audience is one with strong legs.

Another good sign for the box office was the strong debuts from The Case for Christ ($4 million) and Your Name. ($1.6 million). The former's religious themes will almost certainly get a nice bounce from the upcoming Easter holiday this weekend, while the performance from Your Name. was good enough to land a rare spot in the top 15 films for an animÃ© film.

Overall, the 2017 box office is still on pace to set a new record and will only further that cause when The Fate of the Furious opens up this coming weekend. It is positioned to open upwards of $100 million and should give Universal a veritable box office hit to go with sleeper hit Get Out from earlier this year.

That's it for now. Expect a much bigger Mixer next week as we digest all of the amazing things from this week's Star Wars Celebration.