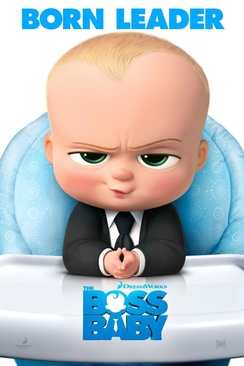 Ah, Spring Break. The memories, or at least the ones that shine through the haze, are often more impressive than reality.

As we get older, we tend to amplify those memories until they take on a life of their own. They become so amazing, that the very words "Spring Break" usually conjures up a smile.

Of course, that all changes when you have kids. Suddenly, it's no longer a booze-fueled adventure from one wet t-shirt contest to another, but rather a time to scrabble and come up with impromptu child care for a random week in March.

Last week was our kids' Spring Break and thus, we had a little staycation, which might help to explain why we didn't have a Monday Mixer last week. I was busy trying to keep the kids alive and entertained so that they wouldn't bury their noses back into their iPads.

Did I succeed? Well, they were alive when I dropped them off at school this morning, so I will take that as a victory. What did we miss? Not much, save for more business for Beauty and the Beast. But this week, the Disney live-action remake finally got some real competition.

Beauty and the Beast finished in second place during its third weekend of release, but still earned a pretty beastly $47.5 million. The film is now on the cusp of earning a total of $400 million and is now the highest-grossing live-action remake of a Disney animated classic.

It surpassed last year's The Jungle Book and its $364 million haul this weekend and is set to pass Pirates of the Caribbean: Dead Man's Chest's $423 million to become the highest-grossing live-action film based on a previous Disney property. Where will it end? It's hard to tell as the film is still doing pretty impressive business. It's a lock to surpass $500 million at this point and it might top $550 million before it runs out of steam.

One thing you can bet on, the planned onslaught of live-action films based on Disney's animated classics will continue until one of them fails to deliver. At this point, Disney is practically printing its own money when they combine these films with the highly successful Marvel and Star Wars franchises.

The "surprise" top film at the box office this weekend was the animated film The Boss Baby. The Alec Baldwin film was targeting a reasonable $30 million opening, but exceeded even the rosiest of expectations with $49 million. The success is a testament to the strength of quality animated films targeted to families more than a reflection of the film itself.

Suffice to say, The Boss Baby reminds me of so-so recent animated offerings like Storks and Angry Birds and should perform as such, despite its more robust opening. That said, The Boss Baby is well on its way to $150, but should face strong competition from this weekend's Smurfs: The Lost Village.

The other wide release this weekend, Ghost in the Shell, earned a decent $19 million, but that's a bit of a disappointment for the live-action adaptation of the classic animÃ© franchise. The troubled film was already under fire for casting Scarlett Johansson in the lead and I'm willing to bet that the film's total take of $65 million when its run ends will ensure that no further sequels will see the light of day.