The good, the bad and the ugly from the first half of 2016 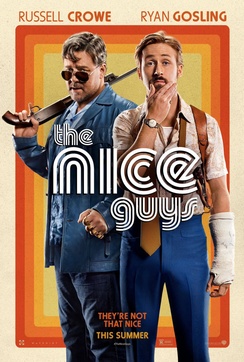 Here we are, June 30. When the clock strikes midnight, we will officially be half through 2016 which means that the next Star Wars film is almost here.

At the start of the year, I made a new year's resolution that I intended to keep. In the last five years since the birth of my daughter, my movie viewing time has dwindled significantly. In an effort to reverse the trend, I vowed to watch 100 movies this year.

Considering that I have probably averaged 25 movies a year since becoming a father, this was a real challenge, but one that I was determined to conquer. I didn't really place many stipulations on the challenge, but for a movie to count it had to be one that I hadn't seen before and relatively new (within the last five years).

So, how did I do? Well, I'm happy to say that I'm right on track to hit my goal. Halfway through the year, I have seen exactly 50 films. Some were great and some were, well, not so wonderful, but they were all a reminder of what I love about this industry.

Film is the perfect expression of humanity. We laugh, we cry and occasionally we fend off an ill-conceived alien attack. OK, so perhaps some films are more fantastical than others, but they all move us for better or worse. As I mentioned, I've seen some great movies this year and some real turds.

If you're curious as to which films that I've seen this year, you can follow along here. I'm using an excellent resource called Letterboxd that allows you to track the films that you have seen among other services that film aficionados will appreciate.

You can use the handy five-star ranking system to keep track of which films are worth a rewatch and which films should be locked away Raiders of the Ark style. Looking back at the 50 films that I have seen in 2016, the best movie that I have seen is The Nice Guys. It also happens to be the only film that I have given the top rank of five stars.

On the other end of the spectrum, I would recommend that you avoid Paper Towns and San Andreas like the plague. You can see all 50 films ranked by my rating here.

Will I be able to maintain this pace and finish strong? Will this finally be the first new year's resolution that I actually keep for the entire year? I guess you'll have to come back in six months and see how I did. What about you? What are the best, or worst, films that you have seen this year?