Monday Mixer: Summer heats up at the box office 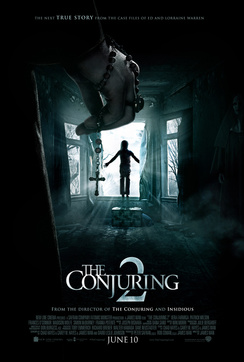 Both outside and at the box office this weekend, the heat was turned up and there's no question that we are deep in the throes of Summer. As most of you know, I live in Nashville and there's no better indication that it's Summertime than the annual weekend of death, aka Fan Fair and Bonnaroo.

Yes, someone made a conscious decision that it would be fun to have hundreds of thousands of people to descend upon the greater Nashville area during the peak of the Summer heat. Normally, I avoid both traps like the plague, but with family in town I was talked into heading downtown.

Sometimes, we take our liberties for granted. Never once this weekend did I consciously feel as though my personal safety was at risk, but it only takes a moment to realize that we are not as safe as we think. One of those moments occurred, again, early Sunday morning in Orlando.

This is certainly not the place to engage any of the hot-button issues, but these senseless mass killings remind us exactly what the important things in life are. I have to believe that as human beings, we possess both the intelligence and compassion for life to insure that these acts of violence never happen again.

Our thoughts and prayers are with all of those impacted by the events that happened in Orlando over the weekend. Hopefully, we can work together to insure that happily ever afters aren't just found in the films we talk about here.

It seems a bit crude to talk about the box office in light of Orlando, but we must carry on. This weekend was a bit of a resurgence for sequels after getting hammered for the better part of 2016. With two high-profile sequels finishing in the top two spots, it's safe to say that we might have been a little quick to rush to judgment.

Perhaps audiences are finally starting to get a bit more selective when it comes to sequels, which is something that I've been hoping that Hollywood would do for some time. There's nothing wrong with a sequel, but simply green lighting a sequel because its predecessor made X amount of money at the box office is ridiculous.

The Conjuring 2: The Enfield Poltergeist took over the top spot at the box office with a rather impressive $40 million weekend. That performance is right in line with the original film's performance. Given how many sequels have greatly underperformed relative to their previous versions, a sequel performing at the same level as its first film is cause to celebrate.

Horror films are special cases when it comes to sequels since most horror films are set up as franchises thanks to the heyday of the early 1980s. In fact, it's more rare not to have sequels to horror films, especially given their relative low cost to other types of films. The Conjuring 2 looks to be on track to end up with about the same $130 million that the first one earned.

In second place, Warcraft is a bit of an enigma. A tentpole picture based on a very successful video game franchise, Warcraft is a film that will be scrutinized heavily as there are a bevy of video game adaptations heading to the big screen in the next few years. While its $24 million opening is a bit soft over here in the United States, the film is setting records over in China. It has already earned $156 million in China alone in its opening five days.

Warcraft reportedly cost Universal $160 million to make, so it's not inconceivable to see a sequel at some point, even if it struggles to top $100 million in the United States. The old adage is true, the squeaky wheel gets the oil and as long as films can turn a profit, it doesn't really matter where the money comes from. In other words, we might be looking at a near-future status quo where Hollywood is looking to China and the rest of the world to dictate its production decisions.

In third place, the little film that could Now You See Me 2 opened up with a rather impressive $23 million. The original film was a huge surprise when it brought in almost $30 million in its first frame. So, this installment takes a bit of a step back, despite adding new faces Daniel Radcliffe and Lizzy Caplan to the mix.

There will not be any Quick Hitters today. They will return next week when I hope that we are more in the mood to laugh. Have a great week.