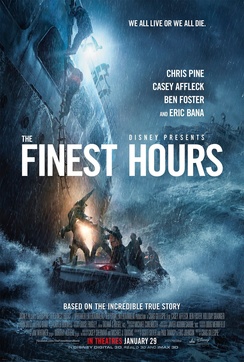 The forgotten fifth armed force of the United States of America is the Coast Guard and unless we are fighting a war in Vietnam, they tend to fly under the radar, but the reality is that we would not be able to function as a country without them. If 9/11 taught us only one thing, it's that terrorism is bringing the war on democracy to our own shores.

The Coast Guard is the first and final line of defense for this country and with the exception of The Guardian, it's a branch of the armed forces whose stories of heroism have gotten short shift when it comes to the big-screen treatment.

Enter The Finest Hours, which tells the true story of the greatest small-boat rescue in the history of the Coast Guard. The tale takes place on February 18, 1952 and follows Bernie Webber who captains a ship into a Perfect Storm to save sailors who were clinging to life on half of an oil tanker after rough seas ripped it apart.

If the general story reminds you of the aforementioned Perfect Storm, then you are not alone. I couldn't shake the comparisons and even felt that they could have saved a bundle had they simply reused some of the footage here.

The comparisons end there as The Finest Hours failed to capture the epic catastrophe of The Perfect Storm, instead coming off as just another made-for-Disney true story of valor against all odds of survival. I'm not really sure where the film lost its way as the cast is top-notch with appearances from Eric Bana, Chris Pine, Casey Affleck and Ben Foster. 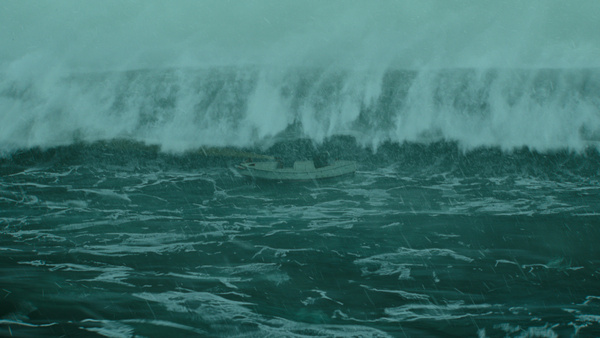 If I had to call out anyone's performance for failing to deliver, then it would have to be Chris Pine's portrayal of Bernie Webber. From the first frame, there's just something that isn't quite right about him and it really makes it difficult to cheer for him to succeed later in the film. To be fair, I've never really been a big fan of Pine, but when he's in control such as his performances in Smokin' Aces or Into the Woods, he can be quite an effective actor.

Here, the role calls for a certain quiet resolve and it's a bit too far to stretch the suspension of disbelief that young Captain Kirk could possibly also play this petulant patriot. When your lead actor is just not quite right, then it throws off everything and by extension, your overall enjoyment of the film suffers. 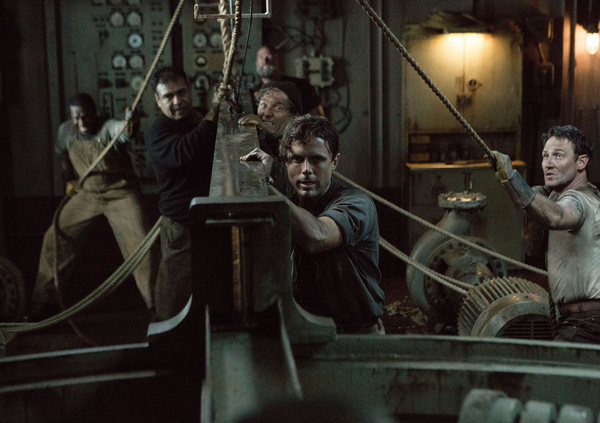 That's not to say that there aren't great performances elsewhere in this ensemble cast. The ever dependable Casey Affleck and Ben Foster are the true standouts and they deliver nuanced performances that truly display their acting gifts. Unfortunately, one of Ben Foster's best scenes was left on the cutting room floor, but thanks to the special features on the Blu-ray, we are able to see this witty back and forth with his fellow rescuers (you can see it below).

Speaking of the special features, the Blu-ray is clearly the way to go if you do decide to watch The Finest Hours. Some of the best moments on the disc come out via the stories from real Coast Guard members in the featurettes 'What is Your Finest Hour?' and 'The Finest Inspiration: The U.S. Coast Guard.' No matter how much Chris Pine undercuts the film's story, the one thing he can't touch is the true stories of heroism and it's a great opportunity to hear from them directly.

Another deleted scene is more obvious when it comes to the reason it was left out of the final film. The pacing would have been way off with it in the film, but it does give the viewer an unintended glimpse behind the scenes. Since the scene is not finished, we get a rare look at the actual environment that the actors are performing in. To contrast that with the final product, it really gives you a further appreciation for the wonderful ensemble cast.

At the end of the day, The Finest Hours is an admirable attempt to highlight the underserved stories related to the Coast Guard. While the final product just misses its mark, if you are a fan of true story heroism, then I recommend giving it a spin.

The Finest Hours is now available on DVD and Blu-ray.